Flavor of the Week: Nitro Coffee, the smooth caffeinated brew 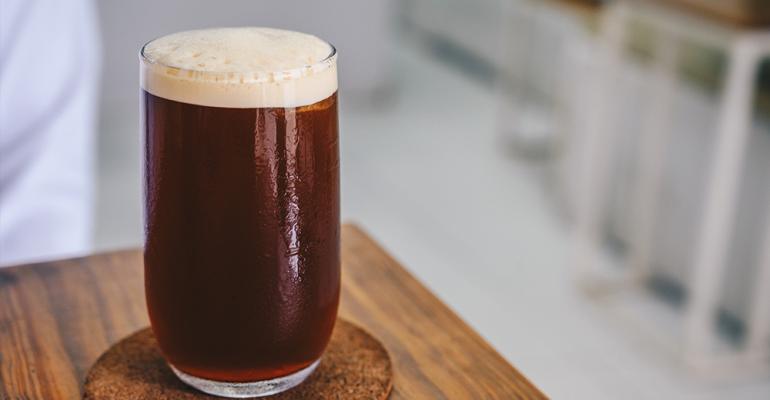 Nitrogenation is a process similar to carbonation, but instead of infusing a beverage with carbon dioxide it infuses it with nitrogen, which results in much smaller bubbles and a rich, creamy mouthfeel. Originally used as a technique for stout beers — think of the texture of Guinness — it has now found a home in many coffeeshops.

It’s almost always done to cold-brew coffee, resulting in a higher caffeine content than hot-brewed coffee, and produces a beverage with a smooth texture and a creamy head on top. Similar to stout beers, it can be soothing to watch the tiny bubbles cascade up the glass as the beverage settles. It also adds perceived value to the drink, allowing coffeehouses to charge more for nitro coffee. It can also be found in ready-to-drink cans.

Market research firm Datassential reports that nitro coffee has increased by 300% on menus in the United States over the past four years, but it’s still found on fewer than 1% of restaurant menus, giving it plenty of runway for growth.

Click through the gallery to learn more about this flavor of the week and see how one restaurant is using nitro coffee on its menu.