Chef and restaurateur Sean Brock is back with The Continental in Nashville, Tenn. 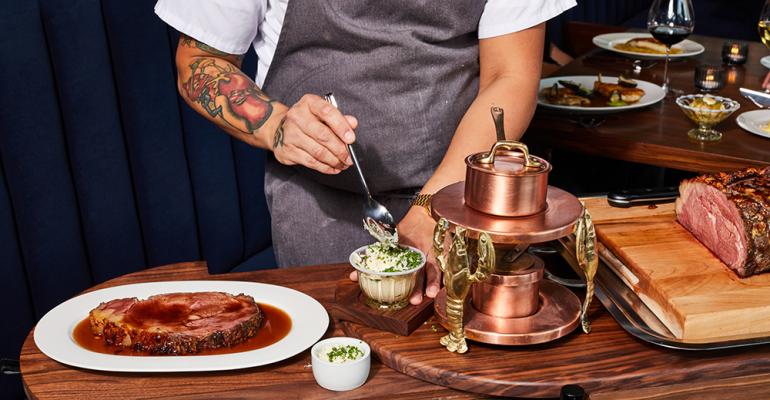 Betting that diners are ready to move from takeout containers to artfully plated dishes, chef and restaurateur Sean Brock last week opened The Continental in Nashville, Tenn., a concept that gives homage to the grand hotel restaurants that helped shape American fine dining.

Located in the Grand Hyatt Nashville, The Continental was about to open last year before COVID cases spiked in November. The restaurant opened briefly for takeout only, but Brock decided to hold off on dine-in until things improved. Two of the concept’s pastry chefs, Keaton Vasek and Michael Werrell, used the restaurant’s kitchen to operate a side venture called Trēt Baking Co., according to Nashville Scene.

But in late May, The Continental launched again for dine-in guests offering a menu that is described as heavily influenced by hotel dining in the 1800s and 1900s, which embraced Nouvelle cuisine and beautifully plated classics, along with tableside service.

Brock this year is also scheduled to open the long-awaited Audrey, with a menu that showcases the cuisine of rural Appalachia.

Here’s a look at The Continental.