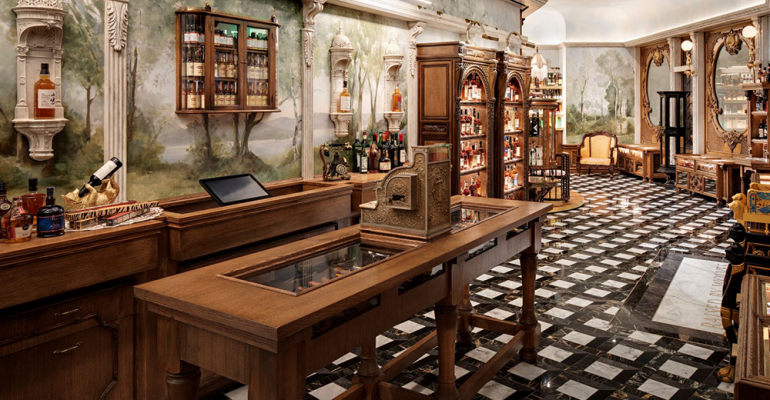 Photos: CH Projects
The dual concept Raised By Wolves opened this year inside a Westfield mall — a first for the over-the-top bar operators.
Trends>Top Multi-Concept Companies 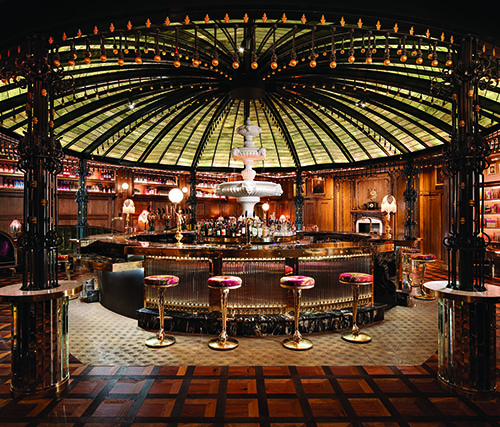 There’s nothing cookie-cutter about CH Projects’ 14 restaurant and bar concepts. If there’s a common thread, it’s the over-the-top decor and surprising themes. One concept is a tiki bar hidden inside a gastropub. A primal-themed restaurant, Craft & Commerce, is decorated with century-old taxidermy animals. Neighborhood, a burger joint, offers all manner of toppings, but never, ever ketchup. Next up is a brunch concept, yet to be disclosed.

The group’s latest project, however, is an unusual step for a bar operator: Opening in a mall.

Raised by Wolves (both photos) is a dual concept — an ornate 19th Century-inspired bottle shop selling premium and rare spirits, and a speakeasy-style cocktail bar, accessible by rotating platform disguised as a fireplace.

It opened this year inside a remodeled Westfield mall.

The founders say opening in a high-end retail center, instead of their usual edgy street locations, could be a bad idea. But that’s what CH Projects is all about: Taking risks and going against the norm.