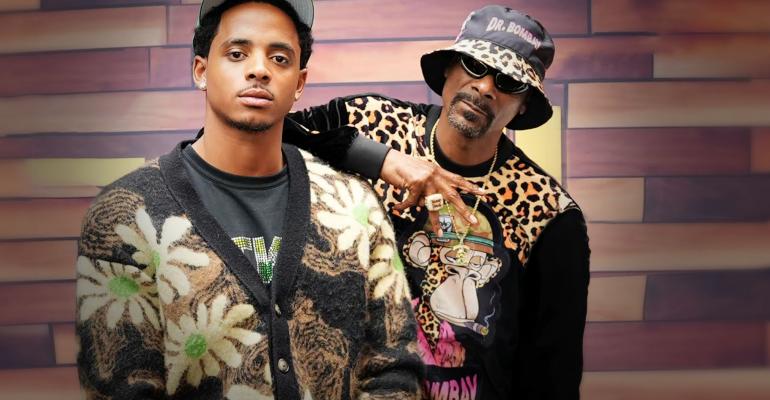 The Food Fighters Universe, or FFU — billed as the nation’s first NFT-backed restaurant group — announced its first concept launch on Thursday night with a video appearance by Dogg at an event at Bored & Hungry, a Long Beach, Calif. restaurant created around a Bored Ape Yacht Club NFT.

At the event, Dogg (né Calvin Broadus Jr.) and his son Cordell Broadus announced they will join the FFU as partners to create an “immersive retail dessert experience” that will be named Dr. Bombay’s Sweet Exploration.

The name refers to Dogg’s NFT character, dubbed Dr. Bombay. The musician/rapper/entrepreneur is a cryptocurrency fan, as is son Broadus (known in Web3 parlance as Champ Medici).

Broadus brought his father in after attending the April opening of Bored & Hungry, a concept created by Southern California restaurateur Andy Nguyen, a Bored Ape holder, who hoped to demonstrate to the world that NFTs can be “more than a jpeg.”

Initially created as a popup, the restaurant has been a huge success and Nguyen is planning to keep it going.

Meanwhile, Nguyen and partners Kevin Seo and Phillip Huynh went on to launch Food Fighters Universe, which is scheduled to mint its own NFTs later this month on Ethereum.

Funding raised by the NFT sale will go toward developing new concepts under the group’s umbrella, including the Dr. Bombay dessert outlet underway with Dogg. The group is planning other restaurant concepts as well, and NFT holders will be eligible for perks and rewards at all of the group’s restaurants.

The group, which will also likely include Bored & Hungry at some point, will also allow NFT holders to pay with cryptocurrency, using proprietary technology developed with Augminted Labs.

“We’re beyond excited to have Snoop and Cordell in the Food Fighters Universe,” said Nguyen in a statement. “This is the first of many concepts to come from our Web3 restaurant group, and we couldn’t ask for better partners than Dr. Bombay and Champ Medici.”

Other FFU partners include Texas rapper Bun B of UGK, NBA All-Star and entrepreneur Baron Davis, and NFT advisor and consultant Josh Ong.

“I saw what they did with Bored & Hungry in Long Beach, and I said, ‘We need to work with these guys,’” Broadus said in statement. “Without even knowing them personally, I came down and spoke at their grand opening in April because I believed in it so much. Food Fighters Universe is bridging food and Web3 and blazing a trail with real-life utility for NFTs. It’s the future of the restaurant industry, and my dad and I are thrilled to join the team and utilize their expertise to bring Dr. Bombay to life.”

Details on the dessert concept and the timeline have yet to be revealed, but it will be in Los Angeles, officials said.

Dogg has expanded his brand in a number of ways, including a partnership with Martha Stewart that has resulted in a series of cooking shows. He is associated with Indoggo Gin and has worked with the winemaker 19 Crimes on a Snoop Cali Red. Earlier this year, he bought Death Row Records, the label helped launch his music career and brought gangster rap into the mainstream.

In the past, he has partnered with Dunkin’ to promote a meatless breakfast sandwich, and has reportedly been spotted serving customers at a Raising Cane’s drive-thru.

Billboard in January reported that Dogg had trademarked the name “Snoop Doggs” for a potential hot dog brand.

CORRECTION: An earlier version of this story implied Snoop Dogg attended the event. The announcement was made via video at the event.