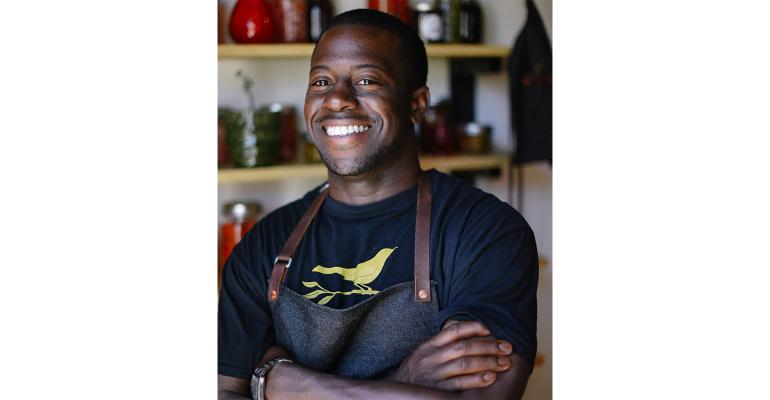 On the Rise: Edouardo Jordan

The Southern storyteller in the Pacific Northwest

When a space opened two blocks away, Jordan saw a chance to showcase the food of his youth as an African-American raised in Florida, with family from Georgia. But first, he had to get reacquainted with the South. “Over two weeks, I ate at dozens of classic Southern mom-and-pop restaurants. It brought me back to what the struggle was: how you make something out of nothing,” Jordan said.

His pilgrimage took him to plantations, like one in South Carolina where he saw bricks decorated with slave children’s fingerprints left as a kind of signature.

“It touched my soul,” he said. “I knew my restaurant needed to speak about this South.”

Enter JuneBaby — named after his father’s nickname — now with lines out the door and accolades from Eater, which deemed it the best new restaurant of 2017. On the menu you’ll find okra, originally from West Africa and widely used on across the South, served charred with peanuts and smoked chili vinaigrette. And in a signature dish, smoked carrots play off the Southern staple of collard greens, as well as tahini sauce, an African ingredient. For mains, Jordan proudly serves oxtail on the bone, just the way his mother made it, along with chitlins, made with pig intestines, and hog maw, or pig stomach.

“I’m putting things on the menu that most Southern chefs don’t — slave food, for lack of a better term,” Jordan said. “And I’m presenting it with as much flavor and technique as possible, without glossing over the hardship behind it all.”