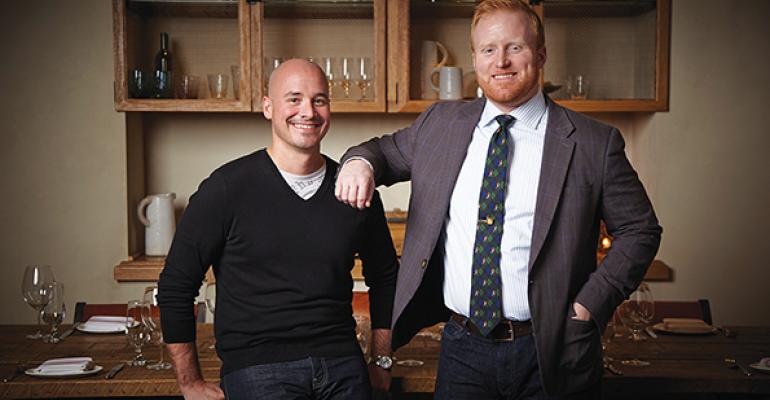 UPCOMING PROJECTS:
• Swift & Sons (a nod to Chicago’s great steakhouses; Boka Restaurant Group is also a partner in this project)

WHY IT’S COOL:
Two years back, we included Boka Restaurant Group on our list of the Top 25 coolest multi-concept companies because its creators, Kevin Boehm and Rob Katz, epitomize cool. Also in Chicago is another bunch of cool cats named Phillip Walters, John Ross and Chris Pandel, and their company—B. Hospitality—also has it going on. As it turns out, the two groups dug each other’s style, so they formed an allegiance on a couple projects—Italian style Balena and ultra-hip steakhouse Armour & Swift. Both restaurants have a double dose of, dare we say it, cool? Like Boka, the B-boys don’t move fast, but they move smart. All their restaurants are the class of the field, including too-cool-for-school Balena and Italian red-sauce throwback Formento’s. With operators like this, you just sit back and not-so-patiently wait to see what they come up with next. You know you’re going to love it.