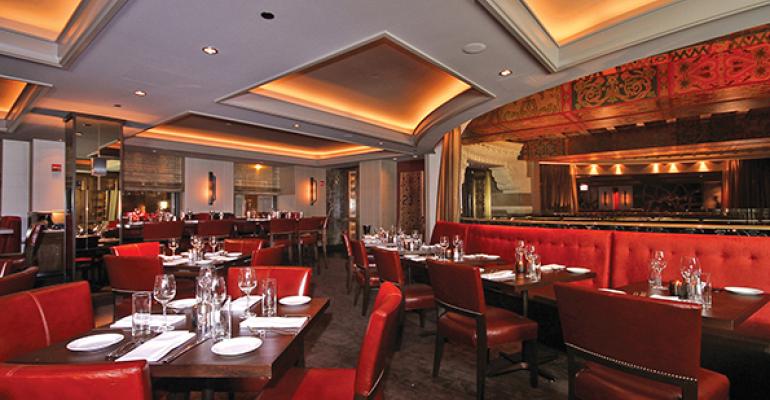 WHY IT’S COOL: When you put the words “Michael” and “Jordan” on a sign, you better perform with the best of the best. Cornerstone Restaurant Group, led by c.e.o. David Zadikoff, does just that. Zadikoff worked his way through corporate offices in the hotel industry, mostly on the food and beverage side, before settling with Hyatt Hotels in Chicago. It was there he became acquainted with Jordan and helped the basketball legend open his first restaurant. Decades later, Cornerstone licenses three Michael Jordan Steakhouses—in New York, Connecticut and Chicago. The newest Chicago location opened in 2011 inside the InterContinental Hotel on Michigan Avenue after a $38-million redesign. More inquiries are rolling in for Michael Jordan locations, but Cornerstone is playing it conservatively. When you’re dealing with Jordan’s name and likeness, you have to be careful where you do business and who you do business with, Zadikoff says. The name attracts the people, but it’s up to Cornerstone and its management partners to execute. Zadikoff’s pedigree as a hotel F&B executive gives him a leg up in the hotel restaurant space. There are unique aspects to the operations—they’re essentially open 24 hours because they often service in-room dining and catering, as well as breakfast, lunch and dinner guests. At the same time, while they’re housed within a hotel, it’s imperative to view a hotel restaurant as a standalone entity.