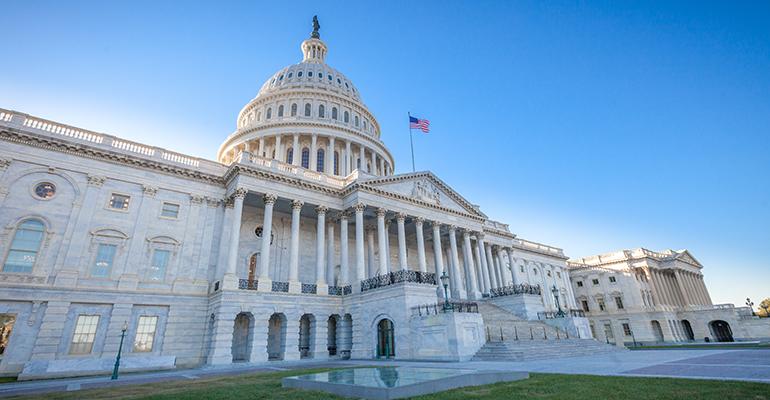 dkfielding / iStock / Getty Images Plus
The Senate is likely to strip out the $15 minimum wage from the bill, and then it will have to go back to the House for another vote.
Coronavirus>Restaurants Ready

The $1.9 trillion American Rescue Plan is one step closer to passing, but faces a hurdle in the Senate with the inclusion of the $15 minimum wage hike

The U.S. House of Representatives voted to pass President Biden’s $1.9 trillion American Rescue Plan largely on party lines — including $25 billion in relief for small restaurants and the $15 minimum wage hike — in the middle of the night Friday into early Saturday morning.

The bill, which includes $1,400 relief checks for Americans making under $75,000 and funds for vaccine distribution, among other relief, now faces a significant hurdle as it heads to the Senate, where the Senate parliamentarian ruled Thursday that the controversial $15 minimum wage cannot be included in the relief package because it violates budget reconciliation process rules.

The $1.9 trillion American Rescue Plan also includes the Restaurants Revitalization Fund, which would provide $25 billion in relief for small and mid-sized restaurants and based on the original $109 billion RESTAURANTS Act passed by the House last year.

The plan would provide up to $5 million in grants for individual restaurants, bars, caterers, breweries and tasting rooms or up to $10 million for restaurant groups. To qualify, restaurants must not be part of an affiliated restaurant group with more than 20 locations. The first three weeks of the grant period would prioritize restaurants owned and operated by women, people of color and veterans. Additionally, one-fifth of the funding is set aside for businesses that grossed less than $500,000 in receipts in 2019.