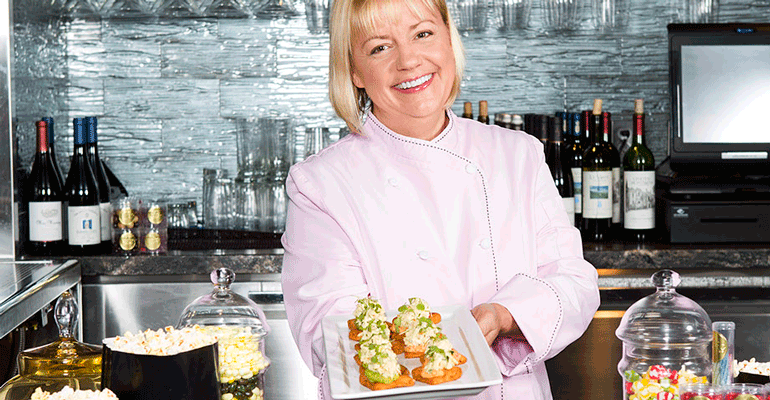 Yard has developed restaurants and bars for iPic

Chef and restaurateur Sherry Yard has been promoted to chief operating officer of the restaurant-and-movie-theater operator iPic Entertainment, the company said Thursday.

Yard, who spent two decades as executive partner at the renowned Spago in Beverly Hills, Calif., has developed several restaurants and bars for iPic, and was named senior vice president of culinary brand development in 2014. She was appointed COO of Tuck Hospitality Group, iPic’s restaurant division, in 2016.

As COO of iPic, Yard will work to ensure an elevated customer experience and support the chain’s brand culture at its theaters and growing restaurant operations nationwide.

She will continue to manage food and beverage programs at both theaters and the company’s independent restaurant locations, including The Tuck Room Tavern in Los Angeles and The Tuck Room concept, which has locations in Miami, Houston and New York, along with the three-unit City Perch Kitchen + Bar and two-unit Tanzy Restaurant.