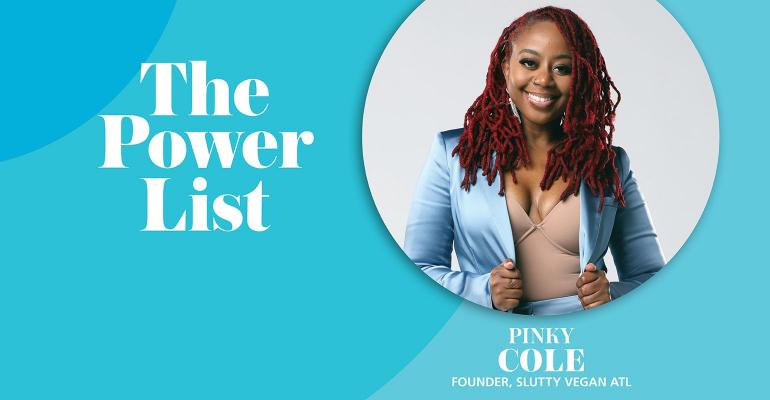 At just 33-years-old, Cole has made a name for herself, not just with her food but with her community support and outspoken nature.

Through her non-profit, The Pinky Cole Foundation, Cole paid the rent of local Atlanta businesses in danger of closing during the pandemic.

But Cole, a Black female entrepreneur, also decided to use her platform to make a difference after the summer of 2020, following the police shootings of unarmed Black men and women.

Cole partnered with Derrick Hayes, owner of Big Dave’s Cheesecake, to give the family of Rayshard Brooks — the 27-year-old Black man who was shot by police in the drive-thru of an Atlanta Wendy’s in June — a car, college scholarships for his children and life insurance policies.

“I’m not a politician but I see issues and I feel like I could use my platform to help affect those issues,” Cole told Restaurant Hospitality in September.

Vegan for over a decade, Cole recognizes that veganism is mostly associated with wealthy, white people. Offering menu items with names like “Sloppy Toppy,” “One Night Stand,” “Ménage à Trois,” and “Hollywood Hooker,” the concept’s goal is to make plant-based dishes more accessible — and, fundamentally, to break down barriers.