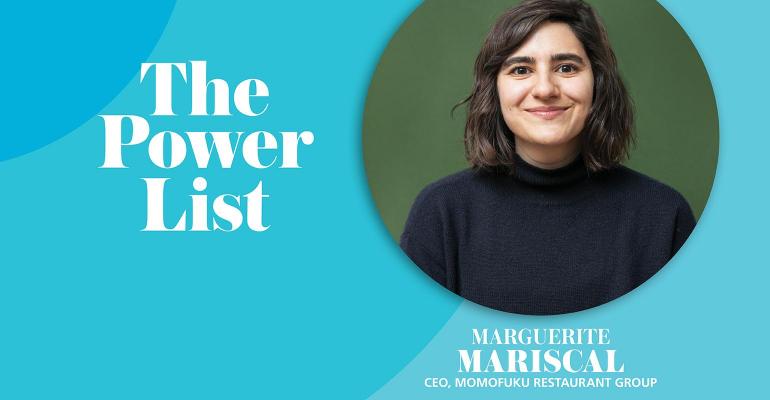 Creating a ‘competitive moat’ at Momofuku

Marguerite Mariscal, CEO of Momofuku, has been the business yin to founder David Chang’s creative yang for the multiconcept group long before she was named CEO in 2019.

A Manhattan native whose family has run the iconic Zabar’s gourmet stores for decades, Mariscal started her career with Momofuku running the social media side, but quickly got ahold of the formula that unlocked the brand’s DNA. She was pivoting and reinventing long before the pandemic made those actions so essential.

When Mariscal’s appointment to CEO was first announced, Chang told The New York Times there was no one else he would trust so completely with the brand he started.

“[Mariscal is] the only person I’ve ever felt comfortable giving complete carte blanche to, in terms of what Momofuku looks like and what it should be,” Chang said.

Chang’s vision began as a stripped-down, plywood-built communal table reaction to the stuffy side of white tablecloth-style fine dining (that was the first Momofuku, opened in 2004, the same year Mariscal started with the company).

When the “joke” and rebellious appeal of upending the expected comforts got old (and others started copying it with their own plywood/pork bun concepts), Mariscal was behind the decision to keep moving forward into new looks, new vibes, in order to create, as she calls it, a “competitive moat,” something that set the concepts apart from the competition.

One detail Mariscal zeroed in on was backless stools — way too uncomfortable — and making sure the customer experience could become more comfortable at the many concepts (which include Majordomo, Ko and Noodle Bar and more) under the Momofuku umbrella. That detail, along with little things that make a big difference, from chopstick holders on tables to fonts on menus: It’s all Mariscal.

Like many restaurant companies during the pandemic, the group has been forced to close and consolidate some restaurants. But Momofuku has forged ahead with diversification, launching pandemic pantry-friendly branded products, like seasoning salts and chili crunch, for sale on the group’s website. Many of the items have sold out with a long waiting list — and more products are in the works — indicating there is hunger for what Momofuku and Mariscal have to offer.