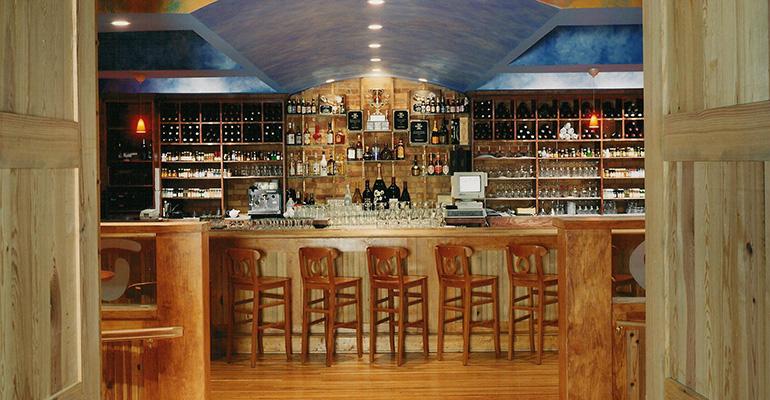 We’ve seen a fundamental shift in restaurant chain dynamics, with major casual-dining brands struggling to maintain both their customer counts and their position as dining arbiters.

For the past several decades, casual-dining chains have been a reliable point of entry and proving ground for new foods and flavors, and they’ve broadly impacted consumer dining behaviors. But their role as tastemakers and trendsetters has been severely diminished by a perfect storm including demographic change, recessionary slowdown, supermarket competition and, especially, the rising importance of smaller, local operators, who show unflagging innovation, community connections and a willingness to think outside the box. These operators have always been players in their hometowns, but the void created by weakened casual-dining chains has substantially boosted their influence and appeal.

An excellent example of this shifting balance of power is Carl Sobocinski’s Table 301 Restaurant Group in Greenville, S.C., which is responsible for turning a small, sleepy city into a restaurant town with a sophisticated, big-city vibe. Sobocinski and his cohorts are emblematic of the new breed of resto-preneur.

1. Their menus strike a balance between convention and creativity. When Sobocinski founded his flagship restaurant Soby’s in a former shoe store in 1997, the Southern food revival was at its inception, fueled by the Cajun-cuisine craze that led chefs and critics to reconsider the larger landscape of American regional gastronomy. Soby’s pioneered what it dubbed New South Cuisine, celebrating iconic Southern dishes like shrimp and grits that have remained fixtures on the bill of fare thanks to insistent patron demand. But to keep from becoming cliché, they’ve received savvy contemporary tune-ups. For example, Upcountry Shrimp and Grits features artisanal Anson Mills Grits in charred tomato broth, while Soby’s She Crab Soup benefits from crab roe and aged sherry. These Southern standards have been joined by of-the-moment items that are cleverly anchored to their place of origin, like Boiled Peanut Hummus with pale-ale-pickled shrimp salad, or Nashville Hot Oysters, a fun play on the spicy fried chicken trend; it’s served with pickled vegetable chow chow and grilled white bread. 2. They know their people and they put them first. Sobocinski actually closes all Table 301 concepts for an annual gala that celebrates the efforts of his 500+ employees. Attendees were dressed to the nines as they walked a red carpet to take part in the most recent shindig, which required an airplane hangar to accommodate the celebrants, food and beverage stations, and a live band. Sobocinski bestows Go Giver Awards that honor excellence in both the front and back of the house, as determined by fellow workers. He also hands out Employee of the Year recognitions for an outstanding restaurant manager, chef and corporate office worker.

In addition, Table 301 has initiated a policy requiring a one-month sabbatical every five years. And in a typically outside-the-box move, Sobocinski has personally gone to bat and pulled strings to get two of his most gifted chefs the opportunity to stage in kitchens at the venerable French Laundry in Yountville, Calif., and Atelier Crenn in San Francisco, thereby enriching their culinary experience while depriving his organization of their talents.

3. They’re not afraid to cover the culinary waterfront. While Table 301 started out focused on the Southern table, it has steadily expanded the geographic boundaries of the menus at its eight concepts. The portfolio now encompasses modern Italian cuisine at newly-opened Jianna, Mediterranean specialties at The Lazy Goat, French-inflected fare at Passerelle Bistro, and Mexican street food at Papi’s Tacos. Southern Pressed Juicery, with organic, cold-pressed juices and plant-based foods, taps into the trend for wellness and the growing consumer craze for self-care.

The success of Table 301 and other local concept creators offers several takeaways. First, despite the ups and downs of the chain market, the larger restaurant industry remains extremely fertile ground for developing extraordinary talent that thrives despite challenging market conditions. Sobocinski and his fellow resto-preneurs like Sam Fox, who runs Fox Restaurant Concepts in Phoenix; John Metz Jr., with his Sterling Hospitality organization in Atlanta; and R.J., Jerrod and Molly Melman, scions of Chicago’s seminal Richard Melman at Lettuce Entertain You Enterprises. They operate diverse concepts and exercise outsized influence in their core markets that allows them to counter the superior marketing and menu development budgets of big chains.

A strategic question is whether they can maintain their smaller-is-better, non-corporate bona fides as they evolve. Many of their customers, Millennials in particular, believe that big is bad, whether big business, big agriculture or big restaurant chains, and they cherish all things local. The emotional connection that these operators forge with their employees, patrons and communities constitutes an unfair competitive advantage versus national brands, but these connections could be compromised should they over expand and outgrow their hometown-hero status.