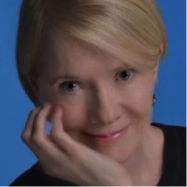 Nancy Kruse is a nationally recognized authority and widely quoted expert on food and menu trends. As founder and president of The Kruse Company in Atlanta, Georgia, she tracks the trends and reports on hot-button issues in both the restaurant and supermarket industries.

A prolific food writer, Nancy is a contributor to Nation’s Restaurant News and Restaurant Hospitality magazines. In demand as a speaker, she regularly addresses restaurant associations, major supermarket and restaurant companies, food manufacturers and promotion boards both here and abroad.

Prior to founding her own company, she served as executive vice president for Technomic, Inc., where she conducted a wide range of consulting assignments for Fortune 500 food and restaurant companies.

Nancy earned a Master of Arts degree from the Film School of Northwestern University, and she was a Woodrow Wilson fellow in Russian literature at the University of Wisconsin. She has also completed coursework at the Culinary Institute of America, where she has served as guest lecturer. And she has been named one of the Top 100 Influencers in the US by business-networking site LinkedIn.

The sustainability question: How much do customers care, and what should restaurants do about it?
May 18, 2021
Nancy Kruse and Bret Thorn discuss the rising tide of environmental initiatives

Year of the oxtail: Braise-friendly cut has broad appeal
Mar 09, 2021
The meat checks the boxes of low-waste, nose-to-tail and global cuisines

With Singapore giving the green-light to lab-grown meat, when will it hit American restaurants?
Feb 17, 2021
Bret Thorn and Nancy Kruse discuss the future of meat that starts in a petri dish

Savory pies, in a pan, handheld or smothered in mashed potatoes maintain their enduring appeal
Feb 01, 2021
Chefs put new twists on the ancient concept of meat-filled pastry, sometimes even making them vegan

As pizza sales surge, chefs find ways to set their pies apart
Jan 12, 2021
Squash, potatoes and Chicago-style Italian beef with giardiniera are among the latest options

The year that was and the year to come: Nancy Kruse and Bret Thorn reflect on the state of the restaurant landscape
Dec 24, 2020
The experts praise the accomplishments of 2020 and hope for a kinder, gentler industry in the future

Creative pies from bakeries appeal to coronavirus-weary consumers
Dec 10, 2020
Robust flavors and cause marketing are the flavors of the season

At Culinary Institute of America’s Worlds of Flavor conference, chefs embrace their roots while adapting to the coronavirus pandemic
Nov 18, 2020
Tradition and innovation meet as culinarians find new ways to nurture their guests
Load More