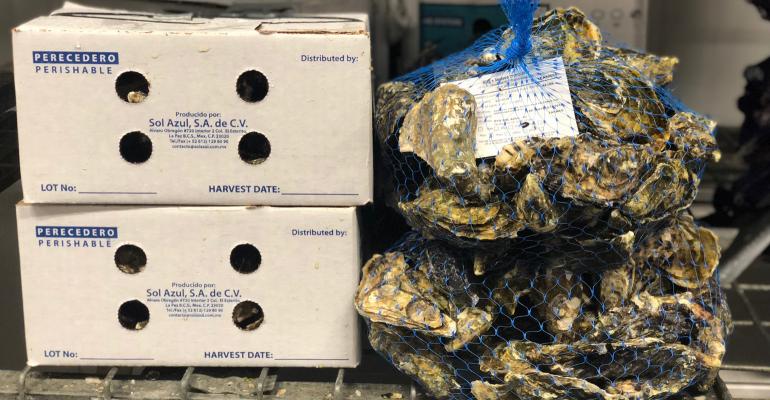 Taking control of the seafood supply

On a busy Wednesday morning, employees at King’s Seafood Distribution Co. unload dozens of fresh fish shipped from around the world to its Southern California warehouse.

This time of year, the warehouse is overflowing with whole fish, oysters, clams and live crustaceans that come from as far away as New Zealand and Chile — and as close as Newport Beach, Calif., about 10 miles from the 15,000-square foot warehouse tucked in a nondescript industrial zone.

On this day, a team of Food and Drug Administration employees have just left the Santa Ana, Calif. warehouse. They’re not inspecting. They’re training. The distribution center, which serves 21 restaurants owned by King’s Seafood Co., has proven to be a top-notch training facility for inspectors learning guidelines for similar facilities in Mexico.

“What better validation than that,” said Sam King, owner of both the Santa Ana distribution center, and the family-run King’s Seafood Co., based in Costa Mesa, Calif. 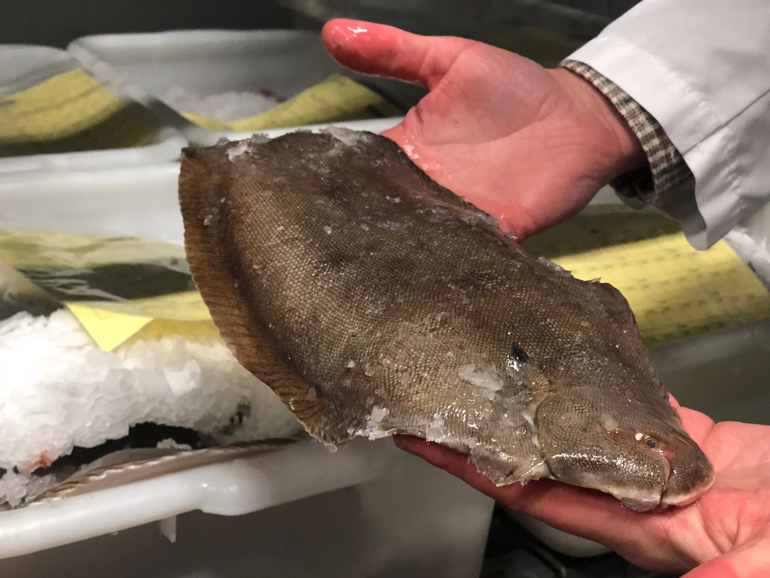 For King, the distribution arm is proving ground for the old adage: If you want a thing done well, do it yourself.

When the Great Recession hit in 2008, King’s Seafood halted growth of its main concepts, Water Grill and King’s Fish House.

King, founder and CEO of the company, decided to pivot by opening up his own distribution center to supply his California, Arizona, Nevada and Texas restaurants. 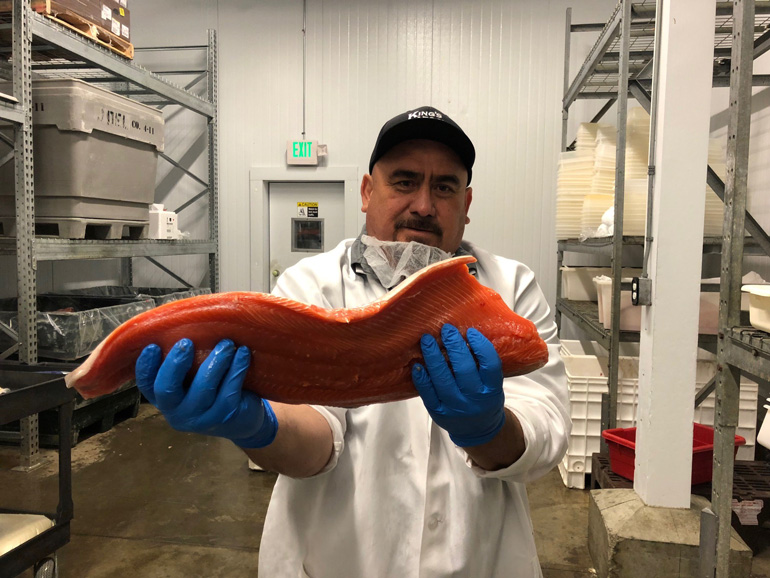 “This is a dream we’ve always had,” he said.

King and his management crew gave Restaurant Hospitality an exclusive tour of the distribution center.

The warehouse receives product four times a week from local fishmongers and large suppliers from around the world. On this day, fish cutters are filleting a 250-pound swordfish into about 100 portions that will be distributed to the company’s seafood restaurants.

By centralizing the filleting in the 32-degree “Fin Fish Room,” King said he controls product quality and cost.  If he didn’t have the distribution center, each of his 21 restaurants would have to hire and train a cook to filet fish in-house. But, instead, he has nine employees cutting portions to specifications needed at each restaurant.

That saves on labor, but more importantly, the process means the seafood is handled by fewer people and is portioned in a controlled environment to maintain consistency. 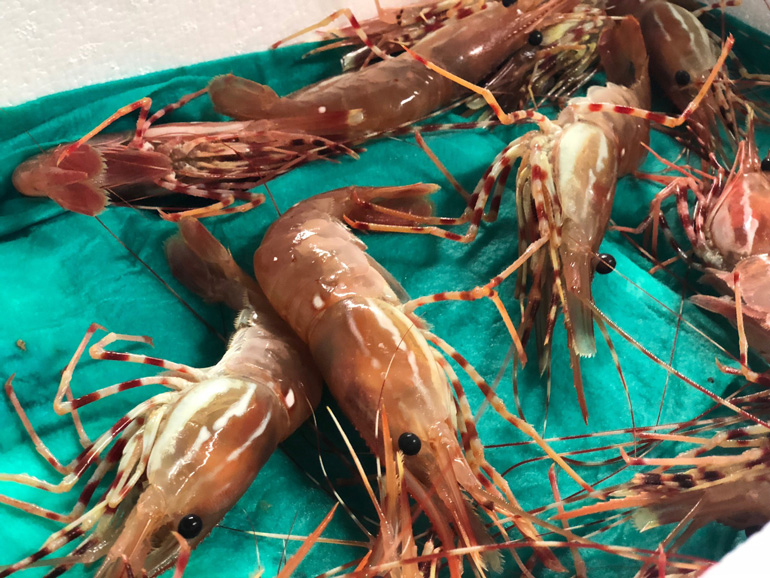 Santa Barbara spot prawns are in season, and served the King’s Seafood restaurants including Water Grill.

That’s crucial for a high-volume seafood company, whose restaurants serve about 1 million pounds of fresh fish a year, he said.

And that number continues to grow for the 34-year-old privately-held company.

King and his cousin Jeff, who passed away last year, are next generation restaurant operators. Their fathers, Lou and Mickey King, were also restaurateurs. The cousins teamed up in 1984 to open 555 East Steakhouse in Long Beach, Calif.

Over the last two years, the company has invested millions opening more locations of its premium fine-dining brand, Water Grill. New restaurants have opened in Dallas and Costa Mesa, Calif.  Two more are on the books for Las Vegas, in 2019, and Denver, in 2020. The Las Vegas restaurant will be in the high-profile spot previously held by Wolfgang Puck’s Spago at The Forum Shops at Caesars Palace.

Water Grill’s menu is updated daily to reflect the freshest seafood delivered to the distribution center. Because the center buys at a large scale, King said he gets a better price and first choice of some exclusive catches, such as Pacific Sanddabs and oysters from as far away as Prince Edward Island, Canada.

The seafood distribution center also acts as the company’s distribution center more broadly. Everything from soup crackers to oils and paper goods are delivered to the site, then re-distributed along with the fish, to each restaurant. This saves King’s Seafood from paying suppliers to truck the goods directly to stores. 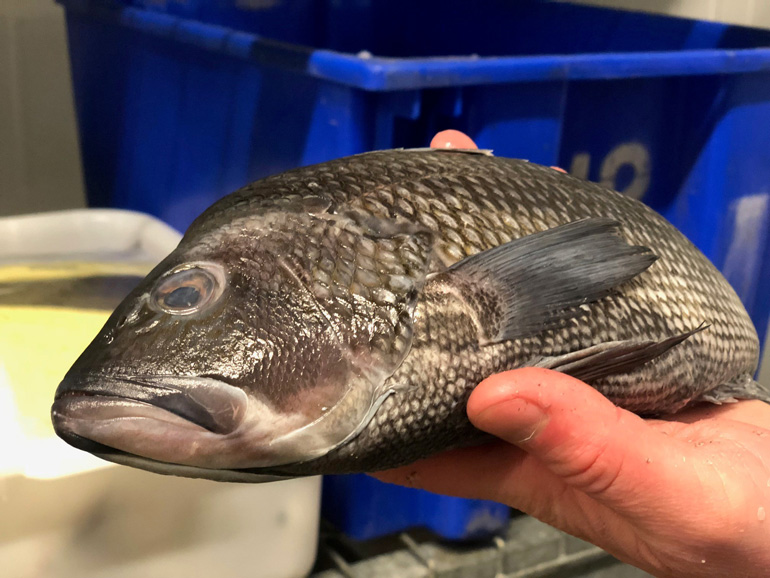 King’s Seafood Distribution Co. sources its fish from around the world. Its vast network means they can offer diners a wide range of seasonal seafood.

“We want to get rid of the middle guy,” said Juan Vargas, director of plant operations.

The consumer benefits in several ways.

The supply-yourself model saves the restaurants about 10 percent on food costs. That helps keep menu prices reasonable as the company faces costs they can’t control, such as mandatory minimum-wage hikes, which vary from state to state and city to city, King said.

Diners, King said, experience an unmatched choice of fresh fish from around the world because the company’s network is wide.

With reports of rampant seafood fraud in recent years, King said transparency on the menu is part of the brand’s ethos of serving seafood responsibly.

“We want people to trust they’re getting the seafood they are paying for,” King said.