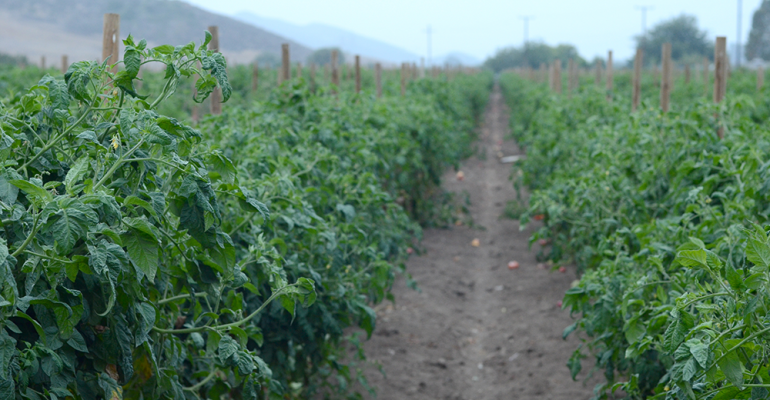 The farmer as restaurant partner

In 2006, when Erik Oberholtzer and his partners were launching the fast-casual Tender Greens in Los Angeles, they wanted the farm-to-table description to really mean something.

The former chef of fine-dining Shutters on the Beach in Santa Monica, Calif., Oberholtzer’s dream at the time was to create an accessible concept with the same quality of ingredients he enjoyed in the higher-end kitchen. For example, the vividly fresh and unique produce that came direct from Scarborough Farms in Southern California.

So instead of just buying produce from Scarborough Farms, Tender Greens brought the grower in as an equity partner.

“They were one of our original investors, and some of that was in equity and some of that in product we converted to equity,” said Oberholtzer, now the chain’s executive chairman. “So they would bring us produce and we’d hold onto those invoices until they amounted to $24,000 and issue a certificate.” 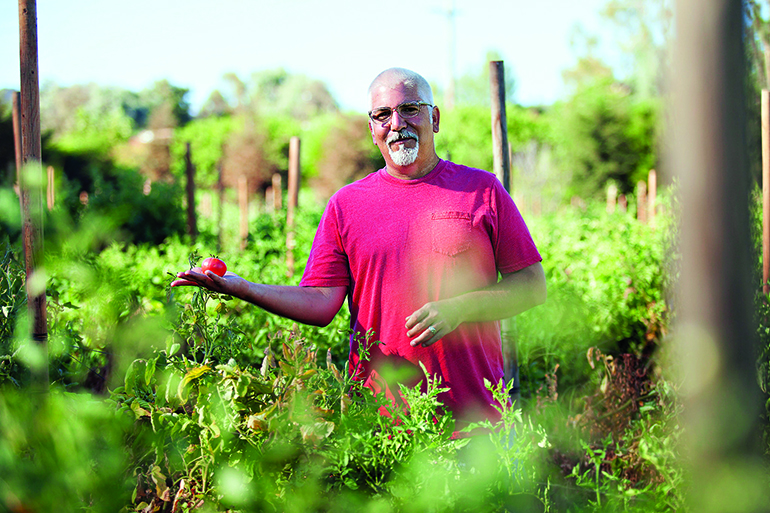 Tender Greens, however, is now proving out a model many once saw as impossible: growing a national chain that has maintained a direct supply relationship with carefully selected farmers.

It’s a model that has allowed the salad-heavy concept to keep strict control of the produce it serves, from the arugula and little gems, to the red oak and romaine. The goal is to keep a consistent and high-quality supply of produce coming to about 30 locations on the West and East coasts.

Jeff Stein, whose family runs Scarborough Farms, said the idea was pretty unusual when Tender Greens first approached them, but he also sees the arrangement as old school, in a way.

Scarborough Farms is a grower, packer and shipper of produce, but, back in the 1980s, the higher-end greens and other things they grew were seen as too perishable and delicate for larger distributors, he said.

“They didn’t want to touch [our products] or keep them in their cooler,” said Stein. “So the only way we could build the business was to have these relationships with chefs.”

Now 12 years later, Scarborough Farms remains a minority investor of Tender Greens, now a much larger company. In 2015, Danny Meyer’s Union Square Hospitality Group made a significant investment in Tender Greens, along with Alliance Consumer Growth, which has been a win for all involved, said Oberholtzer.

“I think Tender Greens showed farmers, distributors and other restaurants what was possible,” said Stein.

Scarborough Farms produce is now sold through distributors nationwide, he noted. And it’s sold direct to consumers at farmers markets.

These days, one can throw a rock in any direction and probably hit a restaurant that calls itself farm-to-table, at least in Los Angeles. “There are a lot of brands that are faking,” Oberholtzer said.

“Through the years, we always looked at farmers more as partners than vendors,” said Oberholtzer. “In later years, sometimes providing some operating capital, so they could raise the animals or the crops, and they would pay us back in those ingredients.”

Oberholtzer has also been an early adopter of controlled agriculture, like vertical farms Local Roots and Go Green Organics, growing out of shipping containers.

Having such control over the supply chain has a number of benefits, said Oberholtzer.

“It’s qualitative. You have consistent ingredients coming from specific farms,” he said. “You choose the best farmer and stick with them, versus going on the open market, where you might be getting product from four or five sources, so from day-to-day there’s no consistency. And when something happens around quality or food safety, it takes them longer to figure out what the source is, which is a problem.”

Earlier this year, for example, when an E. coli outbreak associated with romaine lettuce from Arizona killed five people, Tender Greens didn’t have to worry because they knew exactly where their greens were grown, he said.

Conversely, the farmers will call Tender Greens if they see a problem with mold in the field because of rain, for example, or an issue with beetles, he said. 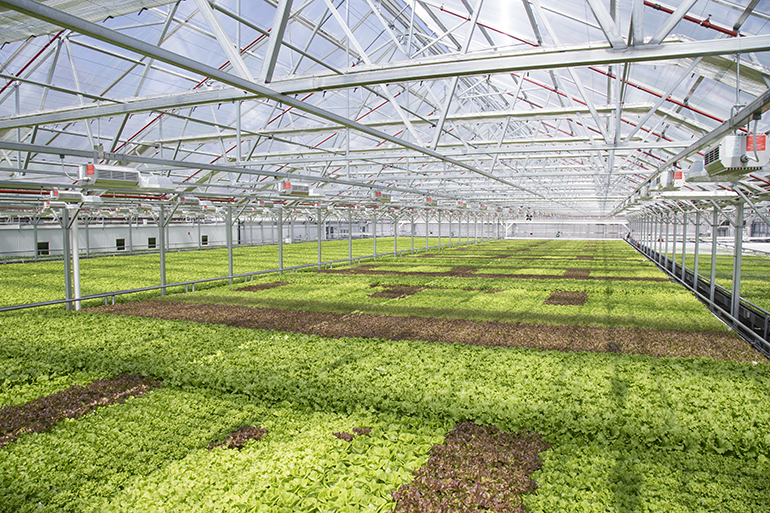 “Whatever it is, they’re calling us to give us a heads-up,” he said. “If there was a frost or too much heat. There are a lot of things that can impact your ingredients, and the more proactive the farmer is about sharing that information, the better we all are.”

That’s one of the bigger contributors to food waste, added Oberholtzer. “People think it’s the peelings and whatever, but truthfully it’s the farmers who maybe have a contract and that contract somehow changes, and they just can’t press pause on their animals or lettuce or tomatoes. When they’re ready, they’re ready.”

In addition, Tender Greens gives local chefs at each restaurant discretion to use the best of local ingredients. “If something’s not right, they can send it back,” he said. “But if something’s really great, and they want to cultivate a new relationship at the restaurant or regional level, they can do that and they’re encouraged to do that. We don’t have to centralize everything.”

But the chain can also leverage purchasing power where it makes sense.

There are ingredients for which Tender Greens contracts out, like Yukon gold potatoes or rainbow carrots, and uses larger distributors, he said. “We’re not always going direct to the farm. That’s too many trucks on the road.”

On the West Coast, the chain uses LA Specialty to serve as a logistics solution, and Baldor on the East Coast. But, Oberholtzer said, “We dictate what’s going on those trucks and make the introductions to farmers.”

Over the years, Tender Greens’ average check has gone up somewhat and now is between $12 and $15 per person. But Oberholtzer said that increase is more about the rising cost of labor, occupancy and technology, like third-party delivery — but not so much food.

“Frankly, food — or raw ingredients — has stayed relatively stable,” he said. “It’s been these other disruptive forces that impact all of us that are not insignificant.” 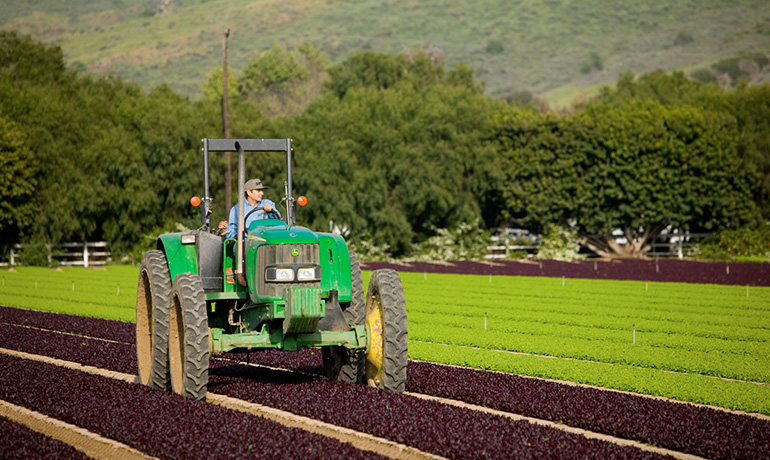 Scarborough Farms collaborates with Tender Greens and other restaurants to get fresh ideas.

Stein noted that it may not be practical for all restaurants to maintain the strict control over supply that Tender Greens has. Many might prefer to make one phone call or email to a distributor for the next day. Delivering direct certainly makes Stein’s business more complex.

But Stein said the direct relationships he now has with restaurants across California give his farm an opportunity to learn about new products and to grow. “I talk to chefs every single day, and it gives me ideas,” he said.

“More and more [restaurants] are doing what we’re trying to do. It’s become, at least in California, the new normal,” he said.

“But you have to have a true commitment to supply chain integrity. You need to do the work and build those relationships so that you can help smaller producers scale, and also encourage larger producers to begin to grow differently, using pure inputs and better farming techniques and a commitment to seed varietals that are not just purely commoditized.”