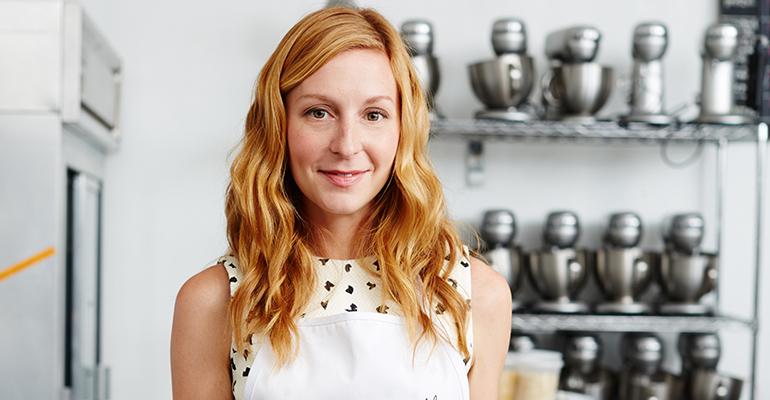 Both brick-and-mortar and e-commerce development planned

The Milk Bar concept founded by Christina Tosi announced a strategic investment from RSE Ventures that will position the bakery-and-dessert concept for new growth, both as a brick-and-mortar and digital brand, the company said Wednesday.

Details were not disclosed, but the round of Series A funding comes from RSE Ventures, a sports-and-entertainment venture firm co-founded by Matt Higgins, vice chair of the Miami Dolphins, and Stephen Ross, chair of global real-estate conglomerate Related Companies and also an owner of the Dolphins.

The Wall Street Journal described it as “an eight-figure investment."

Plans for Milk Bar include growing the brick-and-mortar locations in new cities, as well as revamping the brand’s growing e-commerce and digital platforms, which includes the sale of baking mixes, coffee and other merchandise for home bakers.

Founded in 2008 as part of David Chang’s Momofuku Group, which operates the restaurants Momofuku, Ssam Bar, Ko and others, Milk Bar has become known for its quirky signature confections, such as Crack Pie, Cereal Milk Ice Cream and Compost Cookies.

Milk Bar has 12 locations in New York, Washington, D.C., Las Vegas and Toronto, with two more units planned for the District of Columbia later this year. A flagship location in Los Angeles is also scheduled to open in early 2018.

Tosi, a two-times James Beard Award winner, has become a celebrity pastry chef as a co-host on “MasterChef” and sister shows, inspiring a next generation of bakers to move beyond traditional sweets.

“Milk Bar is changing the way we think about baked goods,” said Higgins, co-founder and CEO of RSE Ventures, in a statement. “As a culinary pioneer, Christina has inspired entirely new dessert categories. Milk Bar is driving toward something even bigger — a way of life that creates connectivity and inspires play — sparked by something as simple as a cookie. Their growth potential is limitless.”

In the restaurant world, RSE’s investments includes Momofuku, as well as the fast-casual pizza concept &Pizza along with the tech company Resy.