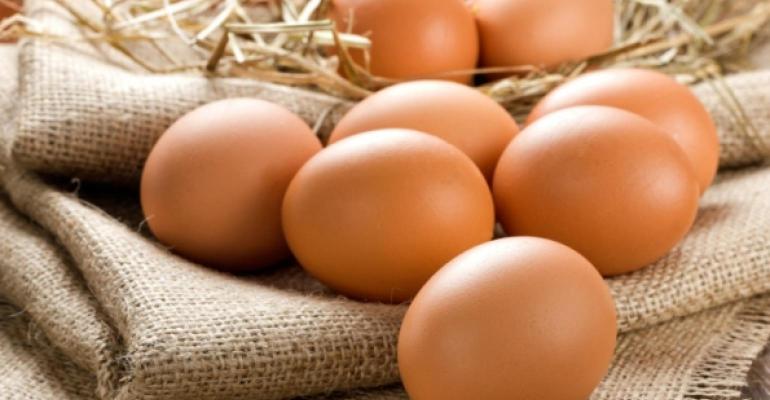 Egg prices are up double digits month-over-month because of an avian flu outbreak.
Operations

The Consumer Price Index in December slowed to 6.5%, though food costs ticked up slightly and menu prices did as well.

The U.S. Bureau of Labor Statistics’ Consumer Price Index for December slowed to 6.5%, which is in line with expectations. Inflation remains significantly higher than pre-pandemic levels – around 2.5% in early 2020 – however, December’s index marked the smallest 12-month increase since October 2021, as well as a continued cooldown from its plus-8.5% peak in mid-2022.

Gas prices were the biggest driver in this “disinflation” report, and were down by double digits, while energy dropped 4.5%. Food costs remained somewhat stubborn, ticking up 0.3% from November’s report and 10.4% higher than December 2021. Though some commodities have seen deflation, including chicken, others have remained volatile. Egg prices, for instance, have jumped by nearly 50% year-over-year and were up about 11% in December alone due to a widespread avian flu outbreak.

Overall, the cost of food-away-from-home in December was up 8.3%. Honed in, limited-service prices are 6.6% higher year-over-year, and 0.5% month-over-month, while full-service prices are up 8.2% year-over-year and 0.1% month-over-month. The nominal month-over-month numbers may indicate that menu pricing is reaching its threshold. This could be welcomed news for consumers, who have reined in their restaurant visits a bit to navigate inflation. Same-store traffic was down by 4.3% in November, for instance, according to Black Box Intelligence.

Those continuing to eat out, however, have proven their willingness to spend on higher menu prices. Consumer spending at restaurants in November was up by “at least” 0.9%, according to the National Restaurant Association, while non-restaurant sector spending fell by 0.8%. Further, a new report from Baird shows a 7% increase in restaurant spending during the first week in January, compared to a 5% increase in Q4 overall.

Though there is no doubt a traffic challenge, restaurants have had a continued advantage in the “share of stomach” competition as food-at-home prices continue to track much higher at nearly 12% year-over-year. That said, 92% of operators call food costs a “significant challenge,” according to a new survey from the National Restaurant Association, and because of persistent inflationary pressures, 50% expect to be less profitable this year.

On a macrolevel, the question now becomes whether the CPI report will be enough to impact decisions over additional interest rate increases throughout the year in an attempt to avoid a full recession. In 2022, officials raised interest rates seven times to try and trigger deflation.

Fed officials meet next on Jan. 31. In addition to the CPI report, they’re likely to consider last week’s jobs report, which put the unemployment rate at 3.5% – the lowest level in decades. Both reports have presented reasons for optimism that a full-blown recession can maybe be avoided, but the Fed’s inflationary target rate is closer to that pre-pandemic number, around 2%, and even with the current cooldown, there’s still a way to go to get there.