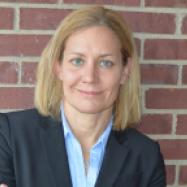 Alicia Kelso is the executive editor of Nation's Restaurant News. She began covering the restaurant industry in 2010 for QSRweb.com, FastCasual.com and PizzaMarketplace.com. When her son was born, she left the industry to pursue a role in higher education, but swiftly returned after realizing how much she missed the space. In filling that void, Alicia added a contributor role at Restaurant Dive and a senior contributor role at Forbes.
Her work has appeared in publications around the world, including Forbes Asia, NPR, Bloomberg, The Seattle Times, Crain's Chicago, Good Morning America and Franchise Asia Magazine.
Alicia holds a degree in journalism from Bowling Green State University, where she competed on the women's swim team. In addition to cheering for the BGSU Falcons, Alicia is a rabid Michigan fan and will talk about college football with anyone willing to engage. She lives in Louisville, Kentucky, with her wife and son.

Loyalty programs are leveling the playing field for smaller restaurants
Nov 10, 2022
Loyalty programs have become more affordable and efficient, and now 60% of all restaurants offer such a program in the fight over consumers' dollars and attention

Labor forecast paints a grim picture for independent restaurants this holiday season
Oct 17, 2022
Seventeen percent of small restaurant owners plan to hire in Q4, down from 56% last year, according to new data from Alignable.