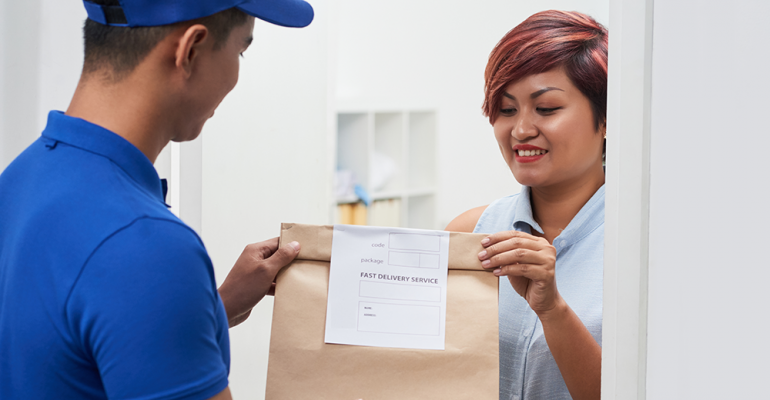 It might not be obvious from all the buzz around the growing number of third-party delivery services, such as UberEats, Grubhub and DoorDash, but restaurants have a delivery problem.

Now more than ever, consumers want food delivered on demand. Third-party delivery services have been a hit with customers and a successful solution for some major chains. But many restaurant operators — in particular smaller and independent restaurants — are not so happy about rising commission costs and lack of control over customer data.

That has some restaurant operators attempting to manage delivery internally, with the help of increasingly tech-enabled last-mile couriers, a lesser-known niche within the delivery world. Unlike UberEats, DoorDash and Grubhub, these couriers don’t have a marketplace where consumers can place their order. Instead, they specialize in the logistics of moving food from the restaurant to the consumer.

Such couriers have been around for years, but they have struggled with the rise of the larger and increasingly national third-party players.

Adam Price, CEO of Homer Logistics, blamed the lack of venture capital interest in back-end logistics. “We didn’t see the appetite on the investor side,” he said. “They were more attracted to the DoorDash and Postmates model because they felt they own the consumer.”

But as restaurant operator frustration grows with the likes of UberEats, DoorDash and Grubhub, delivery couriers see an opportunity.

“All of those lead generating delivery companies are trying to get customers to change their behavior, to get them to order through them,” said Trevor Brazier, CEO of the courier Jolt in Los Angeles. “We want to help restaurants have another option.”

Delivery is a must

Additionally, while the total industry traffic forecast is flat, market-research firm The NPD Group projects that delivery across commercial restaurants will have continued traffic gains. NPD predicts delivery will increase by 1 percent in 2018 and another 1 percent in 2019.

But at a recent conference, Allan Hickok, senior advisor with Boston Consulting Group, warned that restaurant consumers will increasingly expect faster speed of delivery. At the same time, consumers will push back against higher delivery charges.

Still, other tech companies are moving into the delivery space in an attempt to capture that last-mile business.

Irvine, Calif.-based ShiftPixy, for example, is known for helping restaurants find shift workers on demand. The company is testing the concept of developing a network of delivery drivers on demand as an alternative to the larger third-party players.

And new players continue to emerge, such as New York City-based EpiFruit, founded by wine-shop retailer Rohan Duggal and his business partner Buland Madan. EpiFruit connects restaurants to a stable of couriers who deliver online orders, catering orders and even cases of ketchup or sundries from one restaurant to another.

“We give them the keys,” Duggal said. “When working on [other] platforms, you’re really working for them. With us, [restaurateurs] can go back to marketing their product as their own.”

Most of the large third-party delivery providers, like UberEats/DoorDash/Postmates, charge restaurants 15 percent to 30 percent on each order, which can make delivery a wash for independent operators with already slim margins. Additionally, these services also control the consumer data, which limits operators’ ability to engage with their own customers.

In contrast, with the EpiFruit platform, restaurants request and set a price for deliveries, and couriers bid on deliveries they want to accept. Rather than taking a commission on the total delivery order, EpiFruit takes 15 percent of the delivery fee paid by the operator and 10 percent of the courier’s accepted fee.

Another way EpiFruit makes its platform appealing to restaurateurs and drivers is by offering loyalty points for every order or delivery, which can then be redeemed for free deliveries or as a bonus.

Poke Green co-founder Colin Cento was working with a popular third-party delivery service, but when he opened his third location earlier this year, he said the deliveries started to take too long and the experience declined.

“I have to provide as much of a service as quickly as I can,” Cento said. “I was fed up with our previous delivery service.”

Cento credits EpiFruit with doubling his deliveries over the past two months and helping to cut delivery times in half. Additionally, he appreciates the company’s customer service.

“If I have a problem with [other third-party delivery companies], it’s a nightmare to get someone on the phone,” Cento said. “If there’s ever a problem [with EpiFruit], there’s always someone I can get on the phone quickly.”

Meanwhile, last-mile delivery providers like Jolt in Los Angeles are working on ways to scale.

Launched in 2015, Jolt positions itself as a delivery company more aligned with restaurant needs, using a network of drivers who serve specific geographic areas to deliver meals.

Restaurant operators can choose between paying a flat delivery fee or 10-percent commission for the delivery, plus delivery charge. And the restaurant operator keeps the customer data generated by the order, Brazier said.

Jolt serves about 200 restaurants in Los Angeles, and they also partner with ChowNow and Olo to deliver orders that come through those platforms, Brazier said.

At some point, restaurant delivery could become a commodity, like air travel, where restaurants just pick the cheapest option without caring about brand, he said.

But clearly restaurants are starting to push back against the rising cost of delivery, said Brazier.

“Restaurants are saying, ‘I need delivery. But I don’t want to be beholden to giving up my customer information to these other companies, and to be subject to extortion-level pricing,’” he said.

Lisa Jennings contributed to this story.