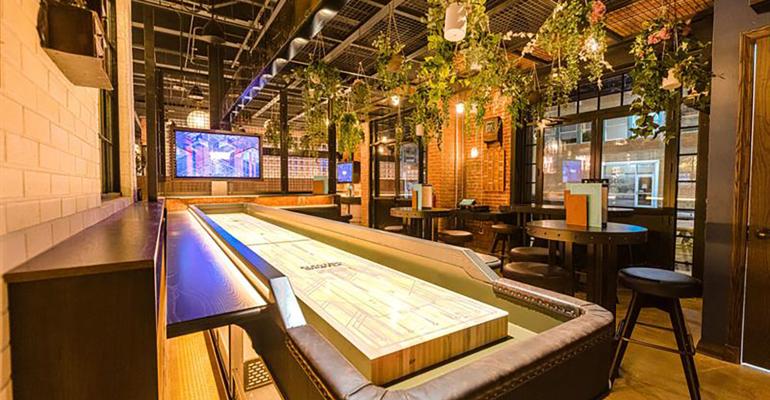 In addition to serving up games of shuffleboard, Electric Shuffle also offers lunch, dinner and weekend brunch, staying open until midnight on weekdays and 2 am on weekends.
Trends>New Restaurant Concepts

London-based shuffleboard-themed eatertainment concept Electric Shuffle reinvigorated the classic game in 2019 by adding custom-built tables and new technology that tracks every puck, keeps scores and integrates up to 24 people per table into a variety of team-based games. Guests can play at these tables inside an upscale space featuring a full bar and restaurant.

As it expands throughout the U.K., Electric Shuffle has also crossed the pond into the U.S. Dallas was its first stateside market, opening last year in Deep Ellum, a popular dining and nightlife district. The company’s second U.S. location is slated to debut in Austin in October.

Texas in general has provided a favorable atmosphere for growth, with lower costs and diverse demographics:

Related: Charles Zhuo whips up a nightly feast with no staff, or even a real kitchen, at APT 115 in Austin, Texas

“There are a lot of hospitality concepts here, and Texas is becoming a central point where people are wanting to move and operate,” Ball added. 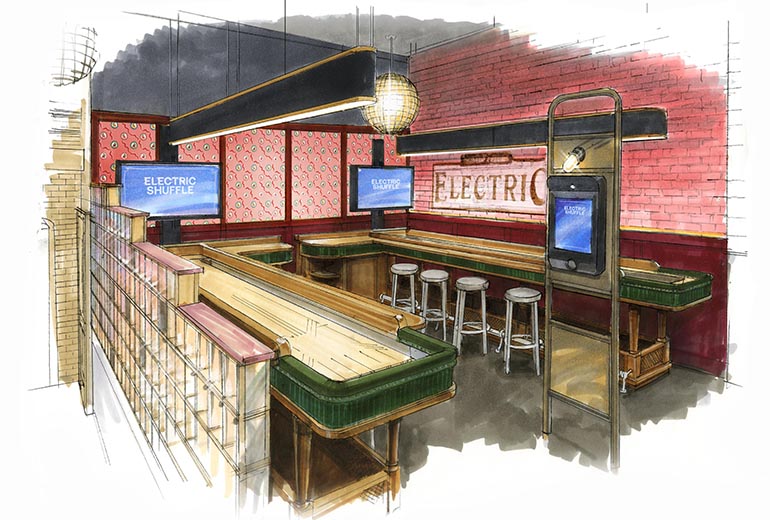 Opening a second location in Austin made sense for market and logistical reasons: The city is growing quickly, has a vibrant hospitality scene, is a tech hub, and having two locations connected by an interstate makes management easier.

“As we’re learning to grow, we saw this as a nice one-two punch to maintain control and keep the brand consistent,” he said.

In addition to serving up games of shuffleboard, Electric Shuffle also offers lunch, dinner and weekend brunch, staying open until midnight on weekdays and 2 am on weekends. Menu items range from small plates like ahi tuna tacos and spring rolls, to entrees like salads, sliders and pizzas. Cocktails include riffs on classics like the Old Fashioned, bramble and espresso martini, with generous happy hour specials. Electric Shuffle brings in DJs during brunch and offers both boozy and non-boozy menus, with the former featuring a $50 prix-fixe menu of a bottle of sparkling wine alongside menu items like avocado toast, chicken and biscuits, and bacon jam breakfast pizza. 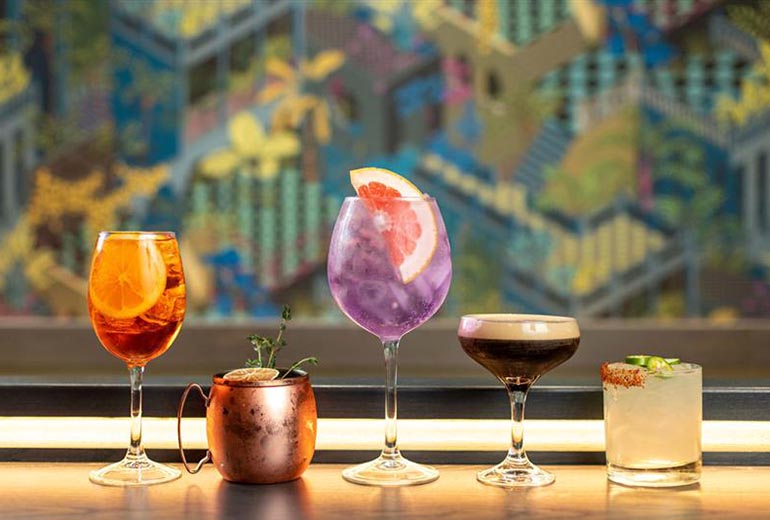 “Shuffleboard will always be core to the business, but we want to fall into the category of being a great bar that you come to after work or for date night,” Ball said. He noted that Electric Shuffle earns between 20-30% of its revenue from gaming, with the rest accounted for by food and drinks. Games and novelty might get people in the door, but the bar and restaurant side of the business is why people spend several hours inside and keep coming back, he said.

The company is about a month away from announcing a third stateside location. It hopes to open two to three venues next year, looking outside of Texas for its next crop of locations. Ball mentioned that large population centers like Chicago, Nashville, Las Vegas, Denver and New York are all candidates, but he isn’t following or enforcing a specific rollout plan: The company will be opportunistic and is more interested in finding neighborhoods that fit its concept than targeting specific cities.

In five years, Ball hopes that Electric Shuffle will have 15 to 20 locations, with eventually as many as 75-100, with some large markets housing multiple locations. Rather than a one-size-fits-all approach, he hinted at the possibility of exploring smaller store prototypes that could fit into existing structures, like hotels. 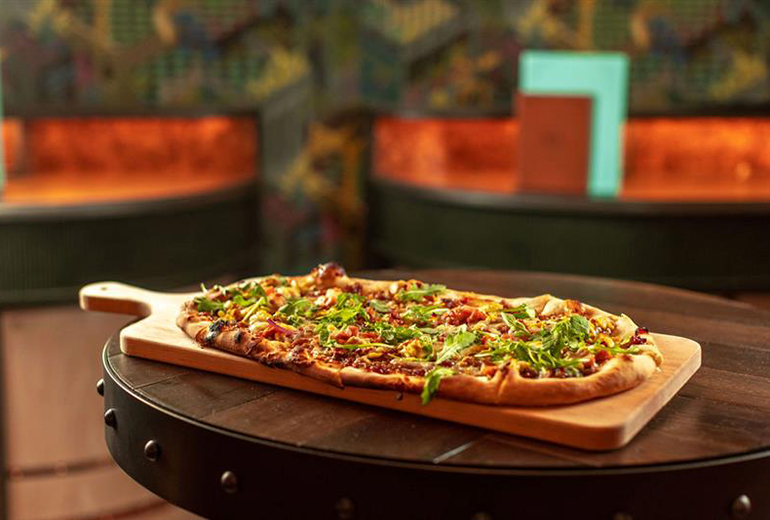 Ball conceded that the social entertainment space is getting crowded (other Texas-located concepts include Punch Bowl Social, The Puttery and the forthcoming Toca Social), but he still sees a growing appetite for activity-based entertainment and premium experiences that go above and beyond the traditional bar or restaurant.

“We’re not too worried about competition, but we’re constantly thinking about how we can enhance our experience so guests keep coming back to us,” Ball said. He thinks being in Texas and other entertainment-focused markets can only benefit the business.

“All tides rise,” he said. “If we create a hub for entertainment, that’s a really fascinating approach for us and our guests.”