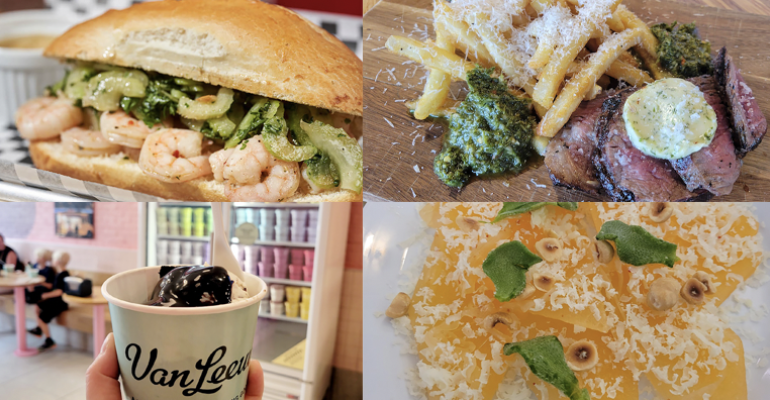 Start Slideshow ›
A French bistro, a refurbished taproom and an ice cream chain all recently debuted in the state.

Over the summer many new restaurants popped up all around Colorado, covering a vast range of styles and cuisine.

Noisette in Denver provides a setting that is just as elegant as the French food coming out of the kitchen. Marigold in Lyons also offers higher-end dining, focusing on local fare, and in the mountain town Bachelor Gulch, a new Japanese spot called Sakaba has come on  the scene.

On the more laidback side, New York City-based Van Leeuwen Ice Cream has landed in Denver and Boulder, bringing creamy treats and a lot of vegan options to the dessert scene. In Louisville, chef Nick Kayser took over the food program at Rocky Mountain Tap and Garden, which allowed him to flex his pub fare muscles, though no mussels are on the menu.

Finally, with Pirate Alley Boucherie the sandwich craze continues to grow in the Denver metro area. Proving yet again that everyone wants something to grab-and-go, even when sitting down for a bite.