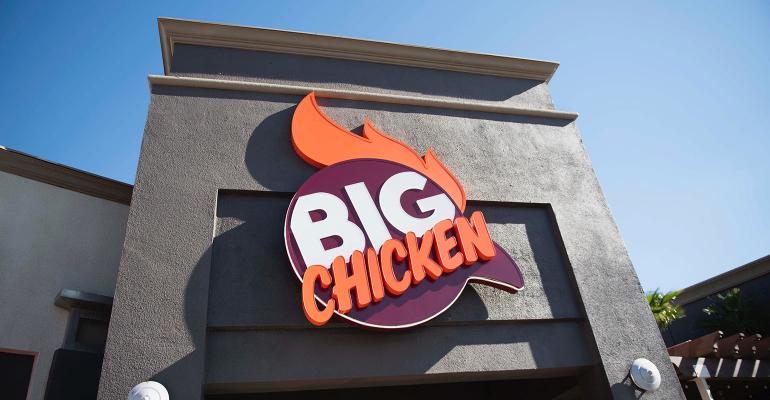 The two operating partners are known for their Las Vegas bean-to-bar chocolate brand Hexx Chocolate, which includes a Hexx Kitchen & Bar at Paris Las Vegas on the Strip.

Silverman and Piekarski — under the company JRS Hospitality — helped to develop the concept and menu for Big Chicken, which focuses on signature fried-chicken sandwiches like the Shaq Attack — topped with pepper jack cheese, jalapeño slaw, avocado and spicy chipotle barbecue sauce — as well as sliders, chicken strips, fries, salads, and a full bar menu.

Big Chicken has an average check of about $8 without alcohol. The 3,800-square-foot Big Chicken seats about 101.

Unlike many celebrity-backed restaurants in Las Vegas, Piekarski said Big Chicken caters to locals, not tourists. 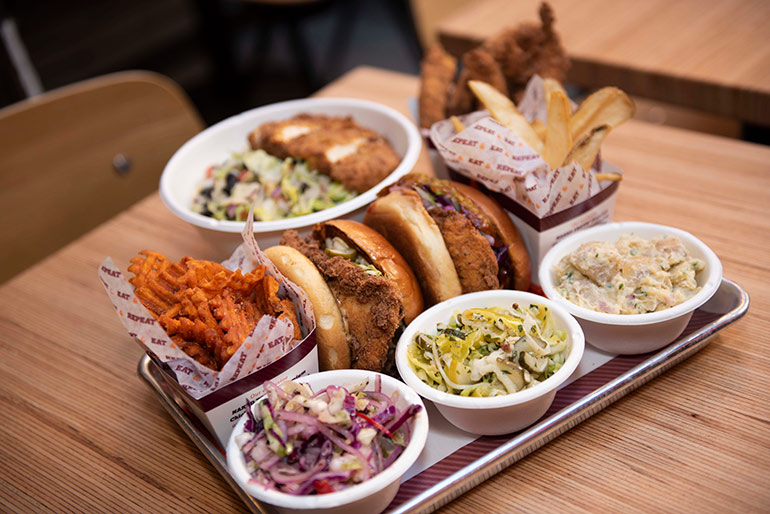 “We wanted to go in a different direction than the norm,” Piekarski said. “We want to get people here that are coming off work, but we’re also close enough to the airport that tourists will find their way here too. It’s fun — we’re not stuffy like a Gordon Ramsay steakhouse.”

For Silverman and Piekarski, going in a different direction started with meticulously planning every ingredient that goes into the menu items, like sourcing preservative-, antibiotic-, and cage-free chicken from Naked Truth. They even had to come up with a creative solution to O’Neal’s request for American cheese-topped sliders. To avoid using the processed cheese, the duo settled instead on an American-style Colby cheese.

They also worked with the former basketball player to personalize his involvement with the restaurant. The macaroni and cheese, Piekarski said, is a variation on O’Neal’s mother’s recipe that swaps out some ingredients and uses a Cheez-It crust.

In conjunction with the restaurant opening, O’Neal also launched an eight-episode reality series on Facebook called Big Chicken Shaq with Asylum Entertainment about what it’s like to open a fried-chicken restaurant. In the show, the basketball icon promotes his restaurant and gets into reality show-worthy antics.

The team has more Big Chicken restaurants in the works for Los Angeles and Atlanta, in addition to a Southern cuisine-inspired sit-down restaurant to be called Shaquille’s inside the downtown Los Angeles entertainment complex L.A. Live.