https://www.restaurant-hospitality.com/sites/all/themes/penton_subtheme_restaurant_hospitality/images/logos/footer.png
Recent
Recent
Chicago restaurants and hospitality groups are suing Society Insurance after restaurants forced to close during coronavirus pandemic
Apr 01, 2020
Chicago-based Wow Bao has created a ghost-kitchen model to help restaurants make and sell the brand’s menu from their own restaurants
Apr 01, 2020
Chefs, law firm form coalition to fight for insurance claims related to coronavirus
Apr 01, 2020
How to deal with landlords in the COVID-19 pandemic
Mar 31, 2020
Here’s what your restaurant business insurance may (or may not) cover during the coronavirus pandemic
Mar 31, 2020
Featured
Communicating during the coronavirus crisis—experts suggest looking to the future
Mar 24, 2020
Restaurants ask consumers to join #TheGreatAmericanTakeout amid coronavirus fallout
Mar 22, 2020
California, Illinois and New York state residents ordered to stay home to stop spread of coronavirus
Mar 20, 2020
The National Restaurant Association Education Foundation launches an employee fundraising campaign during the COVID-19 pandemic in partnership with Guy Fieri
Mar 27, 2020 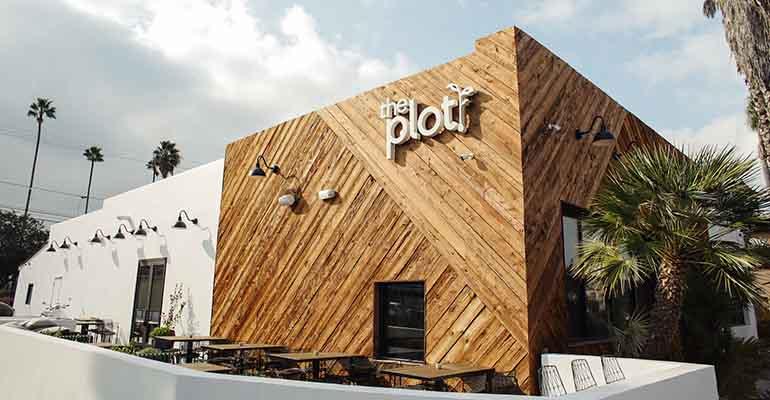 Recycling and composting are a ‘last resort’ for new zero-waste vegan restaurant, The Plot

As environmental awareness grows, zero-waste has become an industry buzzword that’s impossible to ignore. But while it might be a great green marketing campaign, zero-waste usually means that a restaurant’s waste gets allocated from the trash to a recycling or composting facility. And as a 2019 report from the New Food Economy pointed out, many of these compostable materials contain “forever chemicals” that seep into the soil.

So, what’s a vegan, green enthusiast restaurateur team to do?

Jessica and Davin Waite — who opened The Plot, a plant-based casual dining restaurant in Oceanside, Calif. in Feb. 2020 — call themselves a 99% zero-waste restaurant. For them, that one percent imperfection means that certain aspects of running a completely landfill-free business, like eliminating graywater waste and growing 100% of their food on premises, remain lofty goals (and would be nearly impossible for most restaurants to achieve at this point).

“If we can all be honest with each other and admit that we’re not 100% zero-waste then we can move on to better solutions,” Jessica Waite, CEO of The Plot said. “Our loose definition is, ‘nothing is destined for landfill.’[…] We’re committed to reducing recyclables and coming up with better systems along the way.”

For the most part, the zero-waste lifestyle has seeped into every aspect of their operations: there are no trash cans inside The Plot, plastic of all kinds is banned  — even plastic gloves and cling wrap — and the exterior of their restaurant is made of reclaimed mushroom wood (recycled wood used for growing mushrooms). However, the key waste elimination strategy at The Plot is total utilization of every ingredient and product that comes into the restaurant. 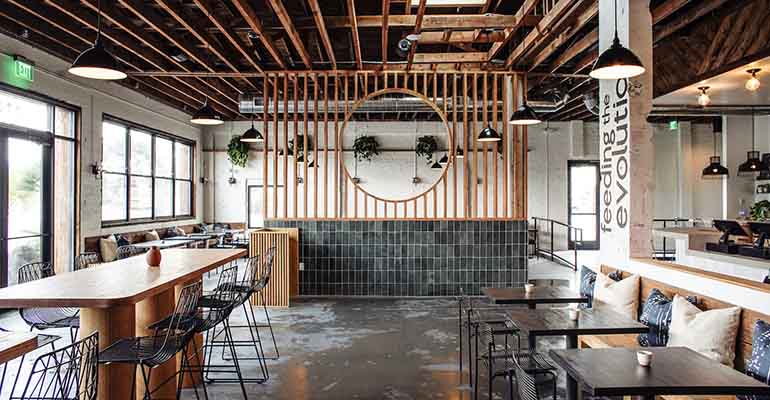 For example, the kitchen uses celery root as a base for their juices. Of course, then they have pulp left behind. Waite’s solution is to use the celery pulp for their takoyaki appetizer (hush puppies made with teriyaki and Japanese yum yum sauce). They also use organic oat to make their oat milk. Whatever is leftover is called “spent oat grain” and Waite’s husband, Chef David, is making oat muffins from these food scraps.

“[Waste diversion] becomes irrelevant when you have total utilization,” Waite said. “Sending [food waste] to compost or recycling is a last resort for us. The point is eventually to not have anything going there.”

Waite recognizes the issues associated with composting and recycling, including oversaturation of resources and misinformation, and said “you should not take everything at face value.” That’s why even though The Plot has a composting program, under 5% of what goes into their restaurant gets composted, and she knows exactly where it’s going (to a local farmer as part of their bokashi composting process: a composting method that involves air-tight fermentation of waste).

Mindful sustainability is a strategy that the Waites started at their first two restaurants in Oceanside: seafood-focused pub, the Wrench & Rodent Seabasstro Pub and ramen bar, the Whet Noodle. They started by sourcing ingredients locally and sustainably for both restaurants. But then longtime vegan Jessica Waite said that if her husband was going to cook with animal products, he should use the whole product.

“He had this whole idea of ‘if you take a life, you use the whole animal,” Waite said. “This was seven years ago so it was before anyone had ever heard of the zero-waste movement. For us it was just a smart and respectful way of doing business.” 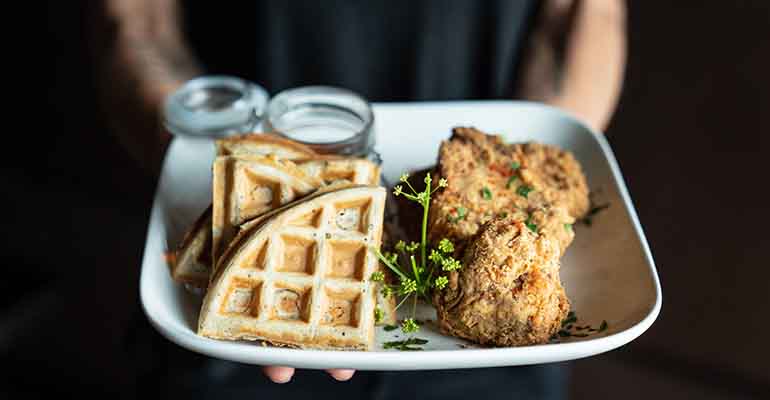 The Waites brought their business strategy to the Whet Noodle, which opened three years after the Wrench & Rodent. When it came time to brainstorm for their third restaurant, they knew that they wanted to draft a business plan that valued human health, the environment, and a sustainable lifestyle. And they’ve thought of everything: they serve every beer via keg line instead of cans or bottles, and wine bottles are reused as water carafes.

But the Waites are not just content with edging closer to 100% zero-waste at one restaurant: they see plans for major expansion. Although they don’t have a specific timeline in mind, Waite said that they would use this flagship location of The Plot as a central hub, and the restaurant’s 4,000+square foot kitchen could be used to as a central kitchen to service 4-5 smaller locations in the Oceanside area. Waite said that she also envisions a similar strategy for other West coast cities and is looking at Seattle next.

“When we were thinking about names, we loved this idea of a little plot where you can grow food, but the name also has that double meaning of a master plan,” Waite said. “While this is a restaurant and business, it’s a big part of what we believe in and want to accomplish moving forward.”