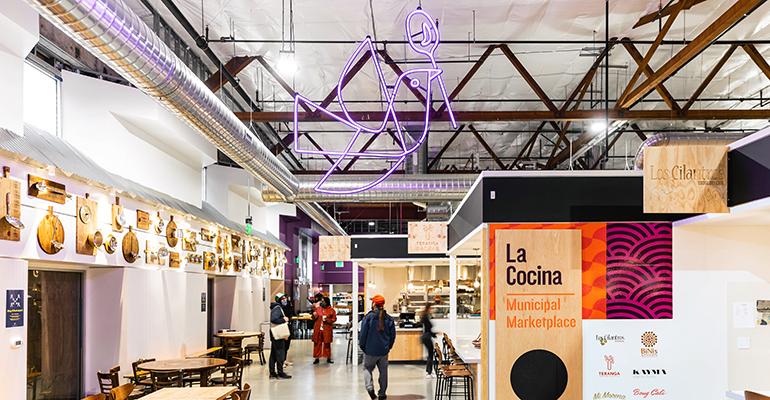 A new food hall featuring restaurants led by local women of color opened on April 5 in San Francisco’s Tenderloin district, offering freshly cooked meals to the neighborhood and seeking to provide the chef-owners with a viable new business opportunity for their startup concepts.

The La Cocina Municipal Marketplace is an outgrowth of the nonprofit La Cocina incubator, which has been seeking to help local food entrepreneurs grow their own businesses in the community for several years. 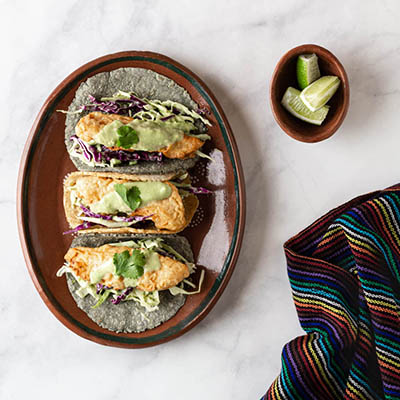 The hall opened this week with six vendors, with one more slated to join in the coming months when the hall opens for indoor dining. The Municipal Marketplace is currently open only for takeout, and only during weekday lunch hours.

The slots in the food hall were made available to current participants in the La Cocina incubator program and past graduates. The six vendors occupying the food hall for its debut are:

• Los Cilantros, from chef-owner Dilsa Lugo, who was a veteran of local restaurants including A16, Chez Panisse and Copita before launching her Mexican concept. The menu includes dishes such as tostadas, chile rellenos de queso, enchiladas, and flan de coco.

• Mi Morena, owned by chef Guadalupe Moreno, whose cuisine reflects the street foods of Mexico City, where she had launched her foodservice career in 1990 selling quesadillas. Mi Morena will specialize in tacos guisado, and will offer Taco Kits, quesadilla chilanga, guisados, arroz Mexicano, and frijoles negros.

Slated to join the food hall when dine-in service opens will be Bini’s Kitchen, from chef-owner Binita Pradhan. Her Nepalese food hall operation will be an offshoot of her main restaurant, SOMA, and will offer Momos (Nepalese dumplings), Ghurka Chicken, daal, and Pork Choila.

Jay Foster, who owned and operated the celebrated Farmerbrown restaurant in the Tenderloin for 13 years, will manage the Municipal Marketplace, alongside Naomi Maisel, community partnerships and food justice advocacy manager, who is seeking to develop relationships with Tenderloin organizations and residents and will manage community programming out of the space.

In an effort to meet the needs of the largely low-income neighborhood, where only 39% of residents have access to a stove and 70% of housing is single-room occupancy, each of the Municipal Marketplace vendors will offer what La Cocina described as a “flavorful, nutritionally complete” Five Dollar Plate meal each day. The food hall also plans to accept electronic benefit transfer (EBT) transactions via the California Restaurant Meals Program. 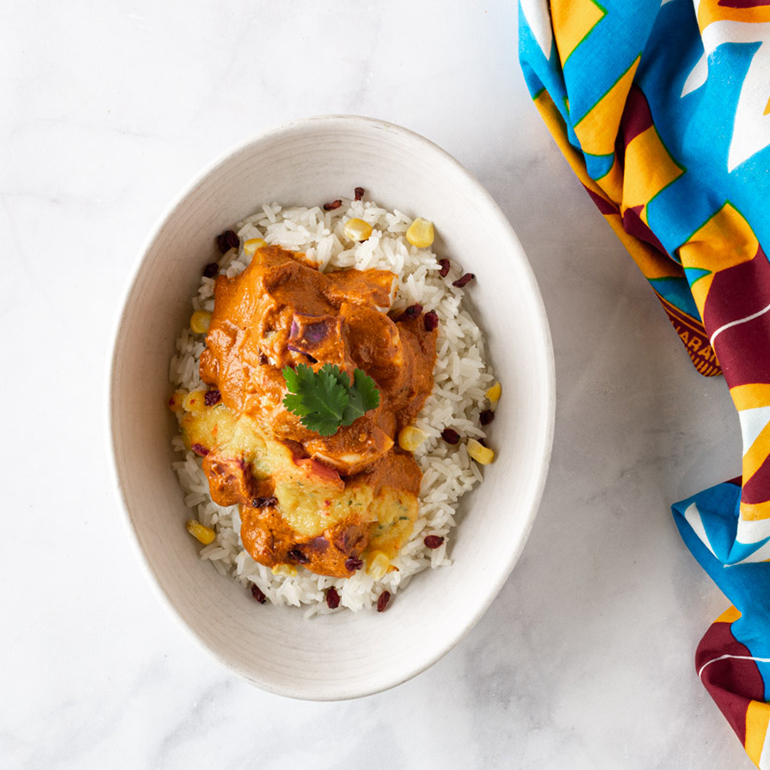 Photo: The Maafe Bowl from Teranga.

The food hall operation offers several on-trend features, including functionality that allows customers to combine items from multiple menus on a single ticket.

“You can basically have six different dishes and pay one time and leave one tip, and the software divides everything,” Puyana explained.

In addition, each of the vendors will also offer bulk foods such as frozen tamales and soups and stews by the quart, so that customers can stock up on prepared foods as well when they order their freshly prepared meals. Customers can also order “food boxes” featuring combinations of meals and snacks for pickup or delivery, priced from $45-$110. 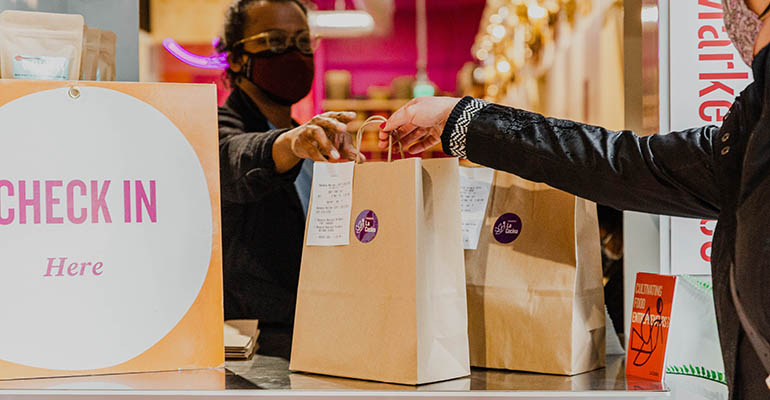 The takeout section at La Cocina.

La Cocina will promote the food hall through various marketing channels, and the individual businesses will also have the autonomy to do their own promotion.

“It will be a big team effort to market La Cocina,” Puyana said.

Each of the operators signed a one-year lease, although they will not be charged rent until La Cocina determines that their businesses can support that expense, Puyana explained.

“Our hope is that everyone will do phenomenally well, and everyone will re-sign on the dotted line at the end of the first year,” she said. “But, if it doesn’t work out for one or more of the businesses, we will open it up again to our community.”

Plans call for the food hall to occupy the space for seven years, after which the property is scheduled to be replaced with affordable housing. The city is currently leasing the space to La Cocina at below-market rates and is part of an effort by the city to fill vacant retail space in the Tenderloin.

Puyana said that assuming the business model works as planned, the organization is hopeful that the food hall could occupy the ground floor of the new residential structure when it is completed, as well as serve as a model for future developments in San Francisco and around the country.