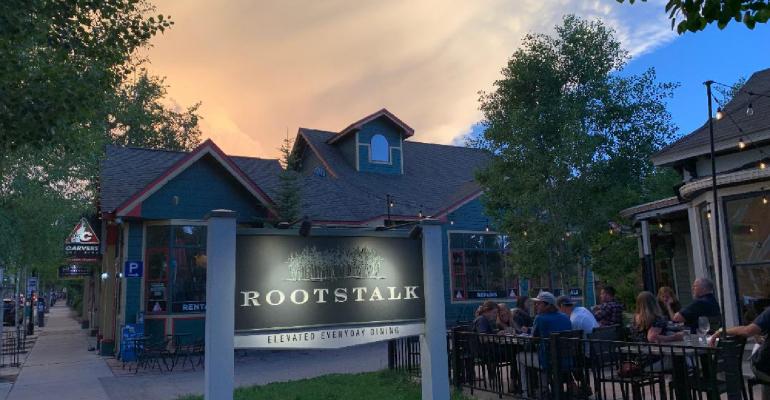 From city cooking to managing in the mountains

After 14 years cooking and running a restaurant in Denver, chef Matt Vawter has moved home to Breckenridge, Colo., to open Rootstalk, his own fine-dining establishment located in the heart of this bustling ski town.

"Leaving Denver was never a priority of mine, it just happened that way," said Vawter over the phone. "I had always wanted to come back here, but I thought maybe I would just be successful enough in Denver to have a weekend condo and get my kids up here skiing."

Vawter left Breckenridge in the early 2000s to work with award-winning chef Alex Seidel, who owns Fruition, one of Denver's longest-running fine dining restaurants, as well as Mercantile Dining & Provision, Chook Charcoal Chicken and the soon-to-open Roca’s Pizza & Pasta in the Denver suburb of Lakewood. While Vawter loved growing up in Breckenridge, he never planned on returning to live in the mountain town, let alone opening a restaurant there.

"Alex, Dan [Skvarca] and I were all partners, and working with them gave me the experience and confidence I needed to make this step,” said Vawter, who opened Rootstalk on December 10, 2020. "I am glad I left and went to Denver and had that experience, and I am very appreciative to now be back in the community and lifestyle that suits me best." 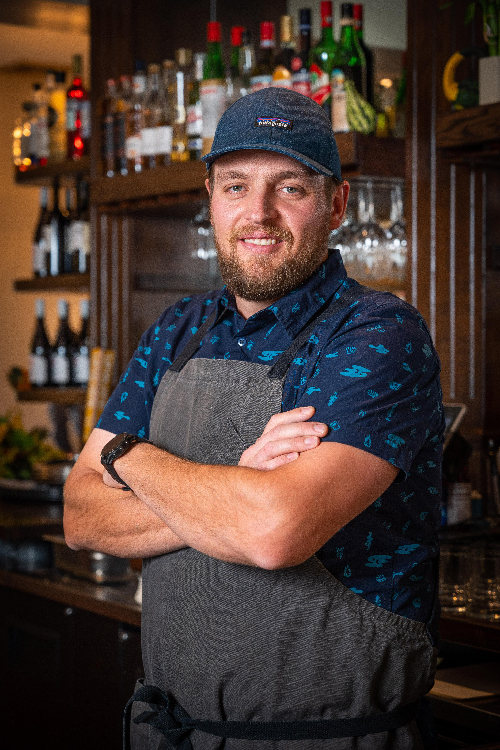 Photo: Matt Vawter left city life in Denver to open a restaurant in his hometown.

The move is not just for Vawter. Now his kids, ages 3 and 5, will really get to understand how their dad grew up, all while eating some of the best food in the resort town. The serendipitous finding of what would become Rootstalk happened when Vawter's wife stumbled on a little breakfast place in Breckenridge that was for sale. She spoke with the owner and quickly the couple signed for the space on October 5, 2020. Vawter moved up to the mountains to get the restaurant ready while his family stayed in Denver to finish out the school year. Though it was hard to be apart from his family, the chef admitted it gave him the opportunity to dive into the project 110%.

Of course running a restaurant in Breckenridge is a lot different from overseeing one in Denver. Vawter said one of the biggest challenges is sourcing ingredients. In the mountains the access to food is limited, especially in the snowy months. But, he added, it has given him the opportunity to meet local purveyors and try some things he hasn't worked with before.

"I am trying hard to get more farmers in the door, however it's tough given the location," he said. So far he uses Adventure Family Farms out of Alma, Our Lady of the River Rabbits from Salida, Uncle John's Farm Stand from Frisco, Colo., and River Bear American Meats, which is owned by chef-cum-meat-man Justin Brunson in Denver.

The other main difference between the mountains and the city is when the restaurant is open. Denver eateries are open every week of the year, but Breckenridge is a seasonal town with very busy and extremely slow times based on what month it is and the weather. One benefit to that, Vawter said, is being able to close for a couple weeks during the mud season, a period in late spring when everything is muddy and wet and tourism is down, to renovate the space and take a break. Service time is different too. Instead of the late-night city crowd, the 80-seat Rootstalk fills up when it opens at 4 p.m., and by 8 p.m. there aren't many covers.

“In the end, we face a lot of the same challenges and, overall, you are always trying to do better than the day before,” the chef said. “I work with a great team, including my chef de cuisine Cameron Baker, and we really focus on the details.”

The lifestyle Vawter spoke of pertains to the laidback pace and joy of the great outdoors that living in the mountains offers. The chef can ski, go mountain biking or take a hike just about every day. The afternoon we spoke he had just come into Rootstalk after skiing for a couple of hours.

Working with Seidel and overseeing the building of Mercantile Dining & Provision, which Vawter ran as the executive chef, really guided Vawter in his approach to creating Rootstalk.

“Someone told me a long time ago that space dictates restaurants when you are talking about concept,” he said. “Walking into Fruition years ago, the concept Alex built fit that space. Then with Mercantile, we built from the ground up, and we got to build the space around what our concept was going to be.” 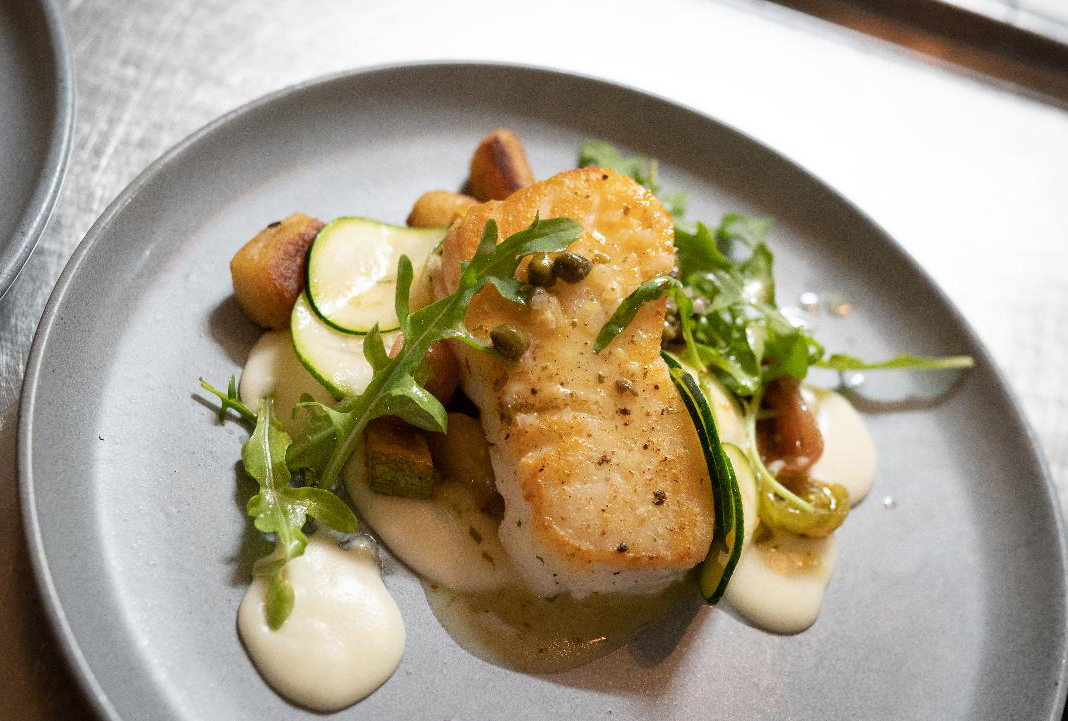 Fruition is an intimate space with multiple rooms and limitee seating so diners have the sense that they are somewhere special. Mercantile, located at Union Station in downtown Denver, is more of a cafe and marketplace, perfect for commuters, visitors staying in the nearby hotels and people looking for a quick meal, morphing into a more refined but still unpretentious space at night.

With Rootstock, the moment Vawter walked into the spot it screamed fine dining to him. The restaurant is located on Main Street in an old 1889 Victorian house, and Vawter wanted to give the space an upscale but homey feel. In essence, he wanted diners to feel like they entered someone's home for an elegant dinner.

“You will find genuine hospitality when you walk in, and it's about being comforting and recognizable, but done in an elevated way,” he said. “When I started conceptualizing what we were going to do we ended on the tagline, 'elevated every day.'"

"You aren't going to need a dictionary to find out what is on the menu," Vawter joked. "But I do like to cook really good food, and the refinement in it is where we like to shine.”

"We have very talented people that spent a lot of time all over the country and Denver," said Vawter. "The cocktail  program strikes a balance between innovation  and tradition, rooted in classics with emphasis on technique and pairing with our food."

At Rootstalk appetizers range between $15 to $25 and entrees $35 to $45; desserts are $12. There are tasting menu options, too, at $115 for the five-course and $125 for the seven-course. Reservations are recommended, especially on weekends during the ski season, but aren’t necessary.