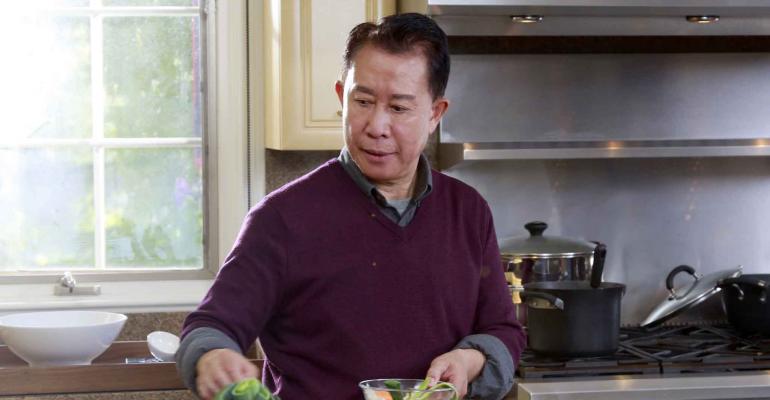 Scheduled to open in third quarter, M.Y. Asia will be in the newly rebranded Horseshoe Las Vegas

Chef Martin Yan said he’s ready to bring the action with his newest restaurant M.Y. Asia at the Horseshoe Las Vegas in the third quarter of 2022.

Yan, a notable chef known for his television shows such as “Yan Can Cook” and “Martin Yan’s Chinatowns,” as well as dozens of cookbooks, is folding all his knowledge and know-how into his latest creation that will feature an open kitchen and some favorite Chinese food such as hand-pulled noodles, dumplings and more.

“A lot of restaurants in Las Vegas have great food and impeccable service, but very few of them will leave an impression. What’s the wow factor that they remember? So the thing is, we’ll have the action,” he said.

The open-kitchen restaurant was designed by PGAL, according to a press release. The restaurant is part of a multi-billion-dollar renovation and rebranding of the resort, formerly known as Bally’s.

“We will want people to sit down, eat and they can see the wok just like fireworks, constantly,” said Yan. “And then we’ll be flowing and moving the ingredients from one wok to another, sometimes just for the fun, for a performance, for the show. It’s a show because it’s Vegas, the entertainment capital of the world.”

Born in Guangzhou, China, Yan has been cooking his whole life, starting at 13 at a Hong Kong restaurant. From there his career has taken him all over the world and now he’s ready to channel all that experience to this new restaurant, he said.

Adam Odegard, a managing partner at ATM Hospitality is partnering with Yan for the venture and said in a statement it will be a “first of its kind” and will feature flavors from the East.

Yan will be including specialties from China, Japan, Vietnam, and Thailand. Peking Duck, hand-pulled noodles, dim sum, and fresh live seafood anchor the menu in a high-paced, action setting at his first Las Vegas restaurant.

The menu has not been published yet.

Jason Gregorec, senior vice president and general manager of Horseshoe Las Vegas said in a statement M.Y. Asia will be one of several new experiences to come at the center-strip resort as part of the transformation of Bally’s into Horseshoe.

Yan said he’s excited to bring people together again as we navigate a post-pandemic world. Prior to the pandemic, he said he was traveling more than 250 days a year and the time off has given him a chance to reflect on his career and this next step in his life.

Earlier this month, Yan was the recipient of a James Beard Foundation Lifetime Achievement Award for 2022, an honor given to individuals whose lifetime body of work has had a positive and long-lasting impact on the way people eat, cook and/or think about food in America.