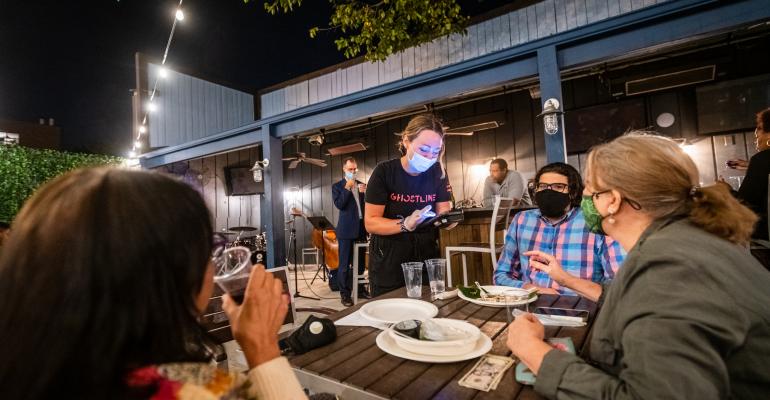 Ghostline — a chef collective in Washington, D.C. featuring a diverse and rotating lineup of five to seven delivery-forward concepts that opened in September — is owner/founder Aaron Gordon’s answer to the COVID-19-era consumer’s changing needs. Culinary incubators were growing in popularity before the pandemic, but Gordon tweaked the idea of a chef-driven culinary incubator to make Ghostline safe for the COVID-era consumer.

Prior to opening the 5,8000 square foot chef collective, Gordon owned and operated multiple popular restaurant concepts including Bakers & Baristas in Artesia, Calif.; Red Velvet Cupcakery in Washington, D.C.; dessert and cocktail bar, Red Light and Detroit-style pizzeria, Little Beast. Before the pandemic, one of Gordon’s restaurants had closed and he was looking for a new space for a replacement restaurant. When he came across the nearly-6,000-square-foot space in Grover Park, Gordon knew that it was too expansive to house just one concept.

Now open for two months, Ghostline has is a delivery and takeout-centric spot that offers in-house delivery and DoorDash for all of their rotating concepts — from breakfast to baked goods — as well as an expansive patio for socially distanced outdoor dining. The chefs prepare each meal packed to-go and Ghostline’s drivers can deliver within a four-mile radius. The recently announced partnership with DoorDash expands that delivery radius.

Unlike a food hall, the chef collective works as a single unit rather than as 10 or 15 concepts housed under the same roof. For example, customers can select multiple items from each of the different concepts in one delivery order.

“A food hall feels like separate entities, whereas Ghostline is like one great restaurant with lots of different experiences under one roof,” Gordon said. “We’re all marketing and cooking together and there’s one personality for the whole place.”

Ghostline also provides resources for the concepts under the Ghostline roof: they handle the rent, marketing, and delivery services.

“We make it easy for chef partners and all they have to do is walk in the door and get to their cooking station, prep and cook their food and go home,” he said.

Today, Ghostline is working with five chefs with different operating hours throughout the day and week, though Gordon anticipates there will be a rotating selection of concepts every several months. 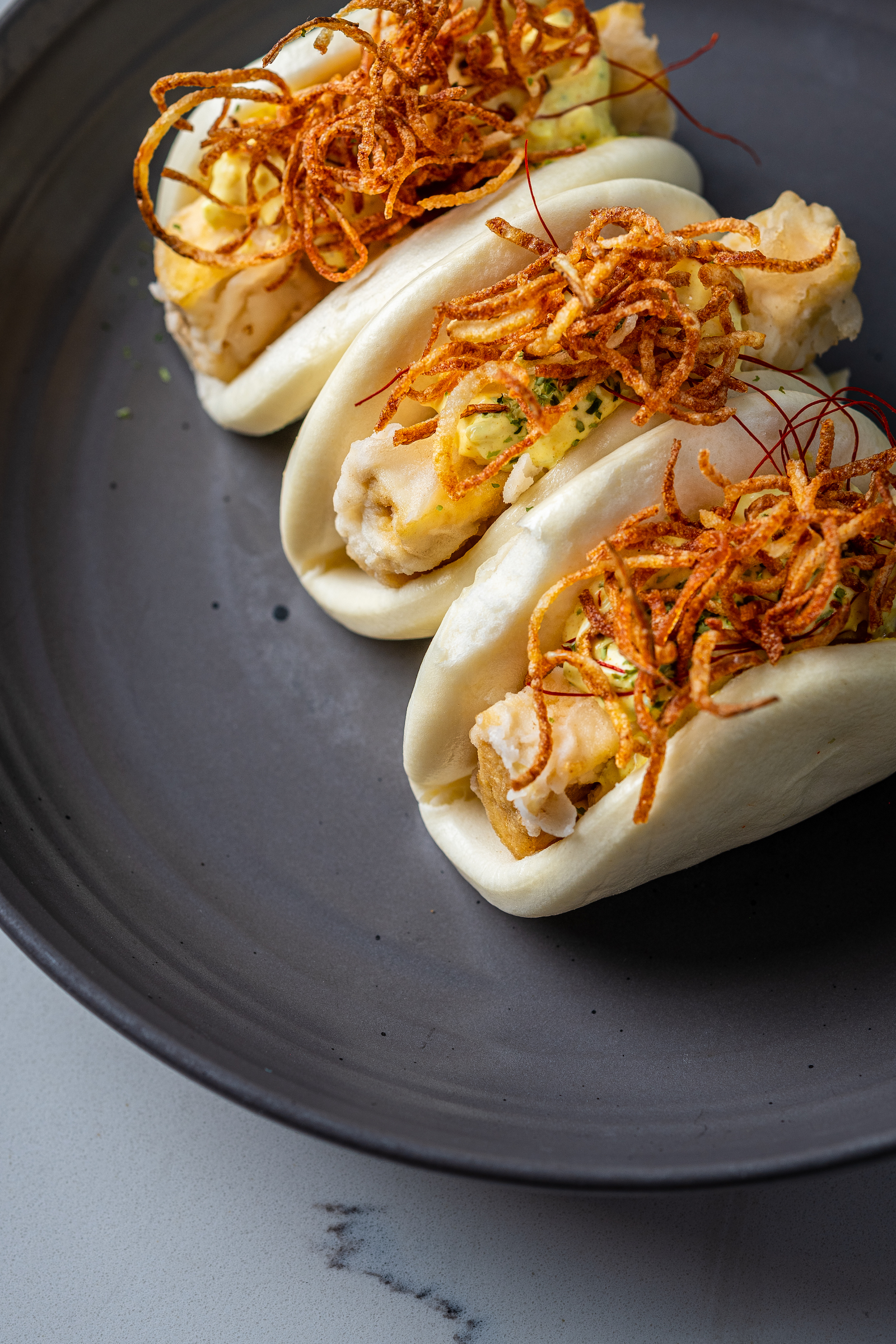 “We have a rotating list of ideas,” Gordon said. “For some of our rotating concepts, this venture will be more permanent and for others it’s more of a temporary testing ground if they want to open their own brick and mortar location.”

Gordon has multiple concepts coming soon to Ghostline, however, including an upscale Tex-Mex concept called Naomi’s from pastry chef Naomi Gallego that will be opening in January, and Sushi by Uzi from chef Ryu Hirosoko (formerly of Sushi Nakazawa in New York City) opening by the end of 2020. The new concepts will be under the leadership of Peter Smith (formerly of Neighborhood Restaurant Group) who was announced as Ghostline’s new culinary operations director on Nov. 5.

“We’re an example of how multiple different concepts under one roof can work together we one entity and we have a lot of pie in the sky ideas for expansion in the future,” Gordon said.