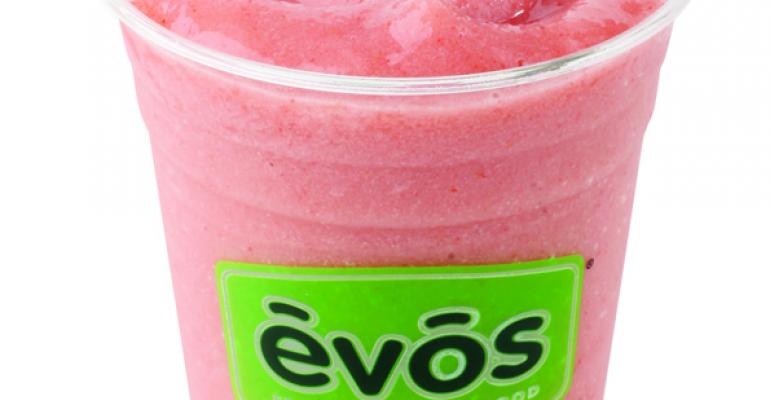 10 smart moves to promote your brand

So you don’t have the marketing muscle of McDonald’s. There are plenty of ways to create brand awareness, and some of them cost little or nothing.

1. One tried-and-true way to make an impression is to develop and promote signature dishes. “This allows people to identify with your restaurant more specifically,” says David Stone, managing partner and principal with the New England Consulting Group, which advises McDonald’s and other corporate giants on marketing and strategic issues. “A lot of restaurants don’t do this, but signature dishes are important.” 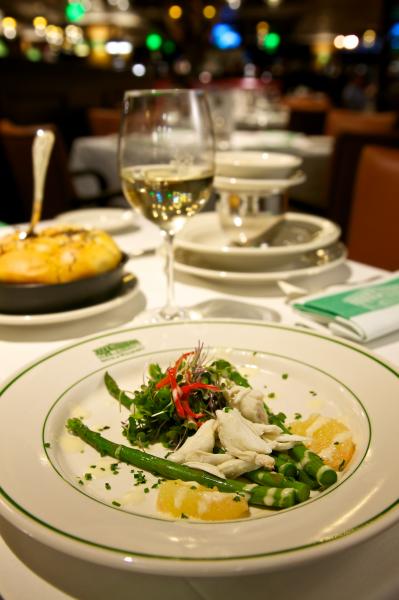 It’s not exactly a signature dish, but Smith & Wollensky Restaurants build excitement about their wine lists and burnish their reputation as a go-to spot for wine lovers by sponsoring a wine week event every March and September. Thanks to partnerships with winemakers, lunch guests can sample 10 wines for $10 with the purchase of a lunch entrée. During a typical week, more than 30,000 glasses of 200-plus different wines are sold. Not only do the events sell wine, they create excitement in the restaurants by offering guests a sneak peak at new wines being added to Smith & Wollensky’s list. And fans of the wine weeks book meals weeks in advance. “A halo effect from the event is that many of our regular guests invite friends and co-workers to join them for lunch during wine week, exposing them to the Smith & Wollensky brand and ultimately increasing our customer base,” says Kim Lapine, v.p. of marketing for the group.

2. Leveraging partnerships with your suppliers—particularly wine, beer and liquor companies—is one very effective way to stretch your promotional budget. Francesca’s Restaurants, a small group of Italian eateries in Chicago, hosts regular wine, beer and spirits dinners to create a buzz during slow times like February and March. The special dinners feature beverages from a designated supplier, with food to match.

3. Turn something ordinary into a cause for celebration. Restaurants don’t need an official holiday to celebrate or create a special menu. Check out a calendar, consider your concept, then invent a reason to get people through the door. For instance:

✓ Salut in Minneapolis pays its respects to the doyenne of French cooking on its “Mondays with Julia.” Each Monday, one of Julia Child’s signature recipes appears on the menu as an evening special.

“The response has been incredible,” says C.J. Van Proosdy, Salut’s chef. “Monday nights are traditionally low-volume for restaurants, but the number of guests we’re drawing is probably double what we anticipated.”

✓ EVOS Restaurants, prominent advocates of all things organic and sustainable, sponsor a “Shake up Earth Day” promotion every year. The chain doles out free organic milkshakes served in biodegradable cups made from plant-based ingredients. “Earth Day is a great opportunity for us to show our guests that when it comes to sustainability, we are far above any of our competitors,” says Alkis Crassas, co-founder.

✓ The venerable Valentino in Santa Monica is building excitement for its 40th anniversary later this year via a series of “40 plus 40” Mondays. The restaurant had been closed on Monday nights but reopened for the events, which involve a rotating $40 three-course menu of classic dishes such as calamaretti fritti, minestrone, fritto misto, chicken peperonata and more. To accompany the meals, the restaurant is selling 40 wines at the $40 price point. And a sampling of items from the original 1972 menu is offered for $5-$9, or $30 for four, with optional three-wine flights for $15. The year-long celebration will in clude visits from Italian guest chefs, recipes from Italian mothers, an evening with a legendary Italian butcher and more.

4. Engaging your customers is the key to creating awareness of your brand, says Stone. Engaged customers are your fans, and they become your biggest advocates.

“Word of mouth is critical to the success of any restaurant,” Stone says. “You need to create a place where customers want to be seen with other people like themselves.”

Tavolo, an Italian concept in Boston, accomplishes exactly that with its popular Regional Pasta Tour. For three years, the restaurant has hosted a weekly night exploring one of Italy’s 20 regions. Guests pay $25 to chow down on three courses of authentic dishes; a recent tour included handmade tortellini en brodo, Marsala-braised lamb with mushrooms and fennel, and cenci fritti (fried ribbon dough). Once a month, the tour celebrates some of Italy’s unique food festivals, such as the Chickpea & Barbera Festival, or the Baccala Fest.

Spice Market in Atlanta got its guests’ attention earlier this year by giving away fortune cookies with prizes inside, including discounts at the restaurant and a free night at a local hotel.

Quaker Steak & Lube was looking for a way to engage Millennial customers; its solution was Lube Late Nite, with discounted or free food and beverage items after 9 p.m. weekdays and 10 p.m. weekends. Games, contests, giveaways and appropriate music are designed to create a festive vibe. “Research shows us that 13 percent of Millennials visit restaurants during peak hours, which can be a great traffic-building audience for us during the late-night daypart,” says Marla Pieton, senior director of marketing for the company. “The goal is to gain this audience as loyal Lubies and to increase profitability during late night.”

5. Another way to build credibility and loyalty is by hosting classes for the public.

Panzano, in Denver, schedules monthly cooking classes for up to 35 students. Classes aren’t just at the restaurant—some groups take field trips to local farms and ranches. The sessions have been such a hit that some students book the entire year. 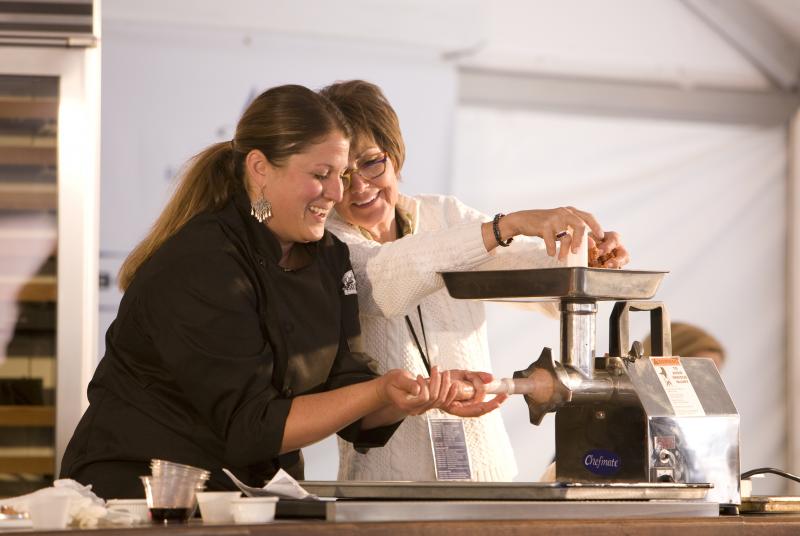 Millennium, an upscale San Francisco restaurant, holds smaller classes every month; often they include an optional tour of the popular Ferry Building farmers’ market the day before. These six-hour classes also tend to cultivate repeat customers.

Double Zero Napoletana in Atlanta hosts a series of hugely popular pizza-making classes during certain months. Guests learn the art of making Neapolitan pizza in the restaurant’s hand-crafted Stefano Ferrara ovens. The $39 lesson includes a glass of wine and a personal pizza creation.

6. Loyalty programs are so widespread that sometimes you need to get creative to reward regulars.

With the increased popularity of tattoos, some restaurants are offering financial incentives for guests to show how devoted they really are. Melt Bar and Grilled, a three-unit casual restaurant group in Cleveland, offers a 25-percent lifetime discount to anyone daring enough to get inked with the Melt logo. Each time a new person accepts the Melt Challenge, as it is called, a photo of the tattoo appears on the brand’s Facebook page.

7. Social media and community involvement are two low-cost methods that can raise awareness of your brand.

A large restaurant that has $2 million in annual sales might earmark $100,000 for marketing each year, and smaller restaurants often can’t compete with that. The solution? “Be out there,” advises Fred Pierson, president of RestaurantCAT, a Nashville-based consulting firm. He suggests doing that by leveraging social media and Google and through community initiatives. If you can’t afford a full-time staffer devoted to this kind of marketing, consider employing a part-timer to handle it. And don’t go overboard.

“You need a constant presence on social media—but not too much,” Pierson says. “Some people get on social media and have five or six messages in a day. Most experts in social media say you should have one or two relevant messages, or people will tune you out.”

8. Keep your concept fresh and give people a reason to visit through limited-time offers. They can be tied to the seasons, or to special events.

The Greene Turtle Sports Bar & Grille, a growing East Coast-based chain, rolled out a limited-time stuffed burger menu to coincide with the March Madness college basketball playoff season. Customers were asked to vote on their favorite, with the winner earning a spot on the regular menu next spring. A “Stuffed Beer” list (selections of beer-blended drinks) was introduced at the same time.

Some LTOs are pure publicity plays and no more. Restaurants that offer over-the-top selections (such as the $1,000 lobster- and beluga-stuffed omelet that Norma’s restaurant in New York’s Le Parker Meridien Hotel advertised last year) make a statement and often attract free media coverage.

Pierson likens it to the practice of airing an exaggerated political commercial once, then posting it on YouTube and reaping a lot of free exposure. “Outrageous sells,” he observes. Items like that pricey omelet, Hardy’s 1,420-calorie Monster Thickburger or KFC’s Double Down chicken sandwich, while they may not please the nutritionists in the crowd, make headlines.

9. Take care of your current customers, but always be thinking about ways to win over new ones. You could be the most popular restaurant in town, and if some competitor figures out your secret and a way to undercut you, you might lose some of your customer base. Starbucks figured that out after McDonald’s and Dunkin’ Donuts poached many of its java junkie followers; Starbucks suffered until it refocused its efforts on quality, and today the brand is reaching out to a broader base by adding alcohol at some of its units.

Creating new customers sometimes means seeking opportunities outside the box, too. One of Pierson’s clients, who owned several pizzerias, was looking for a way to use excess production capacity. He approached local schools and offered to cater student lunches. Eventually the school business became 80 percent of his revenue.

10. Finally, maybe most important, don’t forget to review your marketing plan periodically. “A lot of times restaurants will conduct a market analysis when they open, but they won’t follow up and do another one five years on, when the market and trends have changed,” Pierson says. “You have to constantly revisit this over the life of the restaurant.”

Quirks That Work: Ideas to Get Your Marketing Message Across
Sep 01, 2009