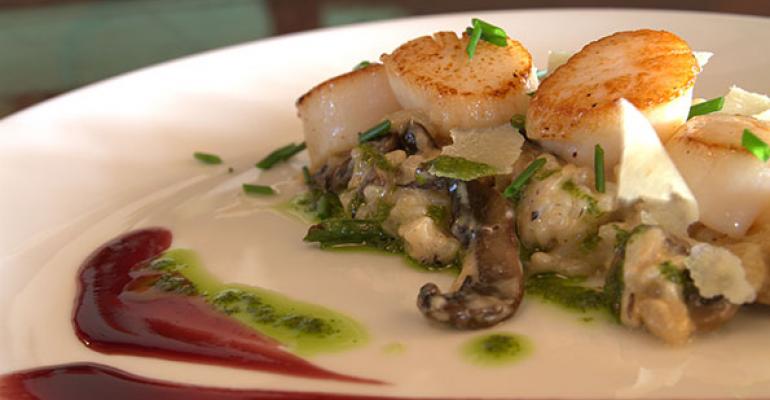 Not only do homegrown ingredients often taste better, but guests are willing to pay more for food that is locally sourced, according to multiple sources researching the local movement.

In a recent study of consumers conducted by consulting firm A.T. Kearney, “fresh” was the most important factor in determining how much respondents were willing to pay for food.

“There is a very strong correlation between fresh and local,” says Mike Goldblatt, a consultant at A.T. Kearney who co-authored the report. “It underpins the fact that more restaurants are providing fresh ingredients and how important that direct supply is.”

The second annual study by A.T. Kearney went into a bit more detail than the first. While the 2013 study focused on why consumers are buying local, this year’s study looked at specific food items for which consumers were willing to pay more. For example, consumers reported a willingness to pay 20 percent to 30 percent higher for local strawberries because the perception was those strawberries would be freshest. Meats and cheeses were near the top of the list, with consumers reporting they were willing to pay 20 percent more for those locally sourced items.

From the research, Goldblatt notes that consumers reported willingness to pay more for local food when the prices were given in absolute terms as opposed to percentage increases. For example, some consumers were reluctant to pay 20 percent more for local strawberries but felt more comfortable when the price increase was presented as $4.49 versus $3.89.

“When you just give someone a percentage and say, ‘How much more would you pay?’ they wouldn’t really pay that much more. They don’t think in those terms,” he explains. “But when you give them actual prices they say, ‘I’ll pay that because they’re going to be way better.’ Their antenna is not up as much.”

In the study, A.T. Kearney asked questions about quality, age and price, and Goldblatt says the strongest correlations were observed between local, fresh and high quality. “There was not a strong perception that local foods are overpriced,” he notes.

“In our case, locally sourced ingredients result in improved freshness and quality. Being able to tell that story connects us to our guests and ensures we create special memorable experiences,” he says. “I love connecting with a guest enjoying our halibut tacos and showing them a picture of their ingredient being freshly caught.”

A key piece to the research is marketing the fact that restaurants are sourcing local product, Goldblatt says. “Really consider direct supply models. Tell that story to your consumer and I think that will go a long way with the transparency.”

He adds that locally sourcing ingredients and then telling the story of where they came from is a way for a restaurant to differentiate, or “cut against the noise.”

Pricing locally sourced food higher also will give diners the perception of satisfaction, whether in fact they enjoyed the food or not, according to a recent Cornell University study. Researchers at the Dyson School of Applied Economics and Management at Cornell University found that paying less for food leads a person to rate the food as less tasty and less enjoyable.

“Low prices can attract the attention of consumers, but since they will end up evaluating the food unfavorably, the low-price strategy may not be as profitable as it is thought to be in the long term,” notes Ozge Sigirci, lead author of the study. “(Restaurants) should not use low price strategy if they want to be associated with enjoyable and tasty meals in consumers’ minds.”