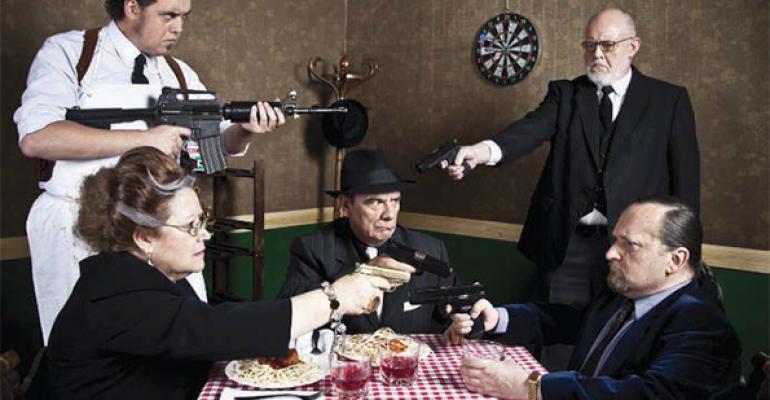 Guns in restaurants: A double-barreled dilemma

Editor-in-chief Michael Sanson asked readers how they feel about allowing guns in their restaurants &bull; See more Back Talkin&#39;

In the July issue, editor Michael Sanson discussed a scenario where some foodservice owners, including Starbucks and Chipotle Mexican Grill, have asked customers not to bring guns into their establishments. He also mentioned a Clemson, SC, restaurant that posted a sign berating customers who felt a need to carry guns into restaurants as losers. He asked readers how they feel about allowing guns in their restaurants. The following are excerpts from some letters he received.

Here is a little incident that changed my way of viewing people who legally carry guns. January 15, 1991, was a normal afternoon for my daughter after preschool. She came to the restaurant two or three afternoons per week for lunch. Three men came through the back door showing knives and wanting cash. 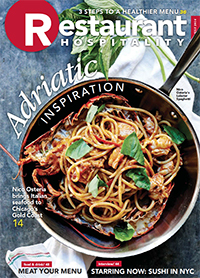 I told my 5 year old to go out front to get a pop, then I proceeded to reveal the 9 mm handgun that I had holstered inside my chef coat. After much discussion, they headed out the back door and to my surprise one of our patrons was out back brandishing a weapon.

I was surprised to see some help at the back door and very happy to see them get in their car without an incident. To this day, I have been legally carrying a weapon in the restaurant without an issue.

That day crosses my mind many times per year and I am glad people care enough to carry a weapon daily for an event that may never happen or but once in a lifetime.

If I walked into your house you would want me to respect your wishes. So I have a little three-by-three sign, which is on both restaurants’ front doors. The sign is not legal but it is my wish and I ask all of you gun-toting Americans to respect my wishes and leave your gun in the car.  You have a right to bear arms—just not in my place, please.

Some men are natural-born protectors. They live their life thinking that a wolf could be on the other side of the door. These are the same men who have protected streets and towns with guns. These are the men who run into burning building to save a child, not thinking for one second about their own lives. To refer to these people as losers is an insult. To post a sign like that is unnecessary.

With 25-plus years managing restaurants of all types before moving into restaurant design, I can assure you that I would post a sign (the 30.06 legal version) at this time asking my customers to not bring their guns into my business. Don’t get me wrong, I own several shotguns, rifles and assorted handguns and also have a concealed handgun license for the State of Texas. I do carry concealed when I visit certain areas of town, and when traveling on long trips.

I do take it off and secure it in my vehicle before going into restaurants and businesses.

I do like the law you mentioned that allowed licensed gun owners to carry concealed firearms into club, restaurants, etc. if they wish, but do not drink. I fully support the 2nd amendment, but believe you have to balance that and other personal freedoms with the personal freedoms of those around you.

What more readers had to say

You can rest assured that if you come into my restaurant, you are around someone who is carrying. I not only allow it, I encourage it!

I have a good friend named Nikki Goeser. Google her and see her story about a time when Tennes-see did not permit law-abiding, trained permit holders to carry in places where alcohol is served. See how well that law and signs on doors worked to keep guns out of that place. Here’s a hint—she’s a widow.

It’s a proven statistical fact that cities and states with a higher number of lawfully armed citizens have lower incidences of armed crime than places where significant restrictions are imposed (e.g. Houston vs. Chicago).

I have many friends in law enforcement and I have tremendous respect and appreciation for the dangerous and necessary job they perform. However, when seconds count law enforcement is generally, at best, minutes away. This is probably why deranged mass murderers seem to have sufficient judgment to favor committing their atrocities in gun-free zones where they know they will not be challenged with an armed response from their intended victims. At Submarina, we support lawful concealed carry by both our franchisees and their customers.

Unless you have a metal detector at all doors, a restaurant owner will not know who may have entered the premises with a firearm, much less a knife or hand grenade. The owner of the pub [who posted the no-guns sign] ended up to be the loser. My advice to him; Never post your political opinions in your restaurant. You will alienate half of your customers one way or the other.

The bad guys are going to bring guns to your restaurant no matter what inane sign you post. So, as usual, attempting to prohibit a citizen who legally has a right to protect himself, his family and perhaps the family sitting next to him, is counterproductive.

I will give up my right to carry when I am convinced no one else has a weapon of any kind. Until then, I will enjoy my entrée knowing that the armed bad guy sitting next to me is not the only one carrying in the restaurant.