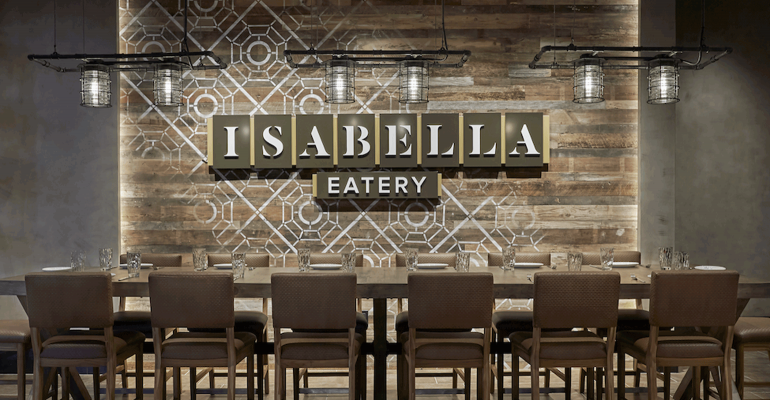 Washington D.C. chef and restaurateur Mike Isabella’s legal woes escalated on Tuesday with new claims that his company used nondisclosure agreements, or NDAs, to prevent employees from speaking out about sexual harassment, according to The Washington Post. The new allegations stem from the earlier complaint by former employee Chloe Caras, who initially filed a lawsuit in Superior Court last month charging Isabella and his partners at Mike Isabella Concepts, or MIC, with sexual harassment.

An attorney representing Isabella and partners did not immediately respond to requests for comment. But in a statement in the Washington Post, Isabella said the allegations are “false, petty and lack context. I want to be clear: We do not condone the hostile work environment implied in these allegations. My team has worked incredibly hard building this successful restaurant group, and I will continue to focus on my employees, food and hospitality at this time.”

That case was removed from Superior Court and refiled Tuesday in federal court, including new accusations that Isabella had retaliated against employees for reporting sexual harassment and used NDAs to prevent them from speaking publicly.

According to the lawsuit, MIC required employees —  noting the majority are low-wage earners — to sign an NDA “as a condition of employment to conceal the sexual harassment routinely engaged in at MIC establishments and to intimidate employees from speaking out about workplace abuses.”

The NDAs subject employees to a penalty of $500,000 plus attorney fees for breach of “confidential information” about Isabella, his family, friends or business associates during the employee’s lifetime.

Isabella said the NDAs were established about six years ago to prevent news about restaurant openings from leaking to the press before they were ready to announce it. The NDAs were never used to intimidate employees, he added, and the company had policies to encourage employees to report incidents that made them uncomfortable, according to the report.

The company recently sent out a letter saying women are the “backbone” of the company and have built a culture of open communication and equality in a productive, friendly work environment. It was signed by 10 female employees, several of whom also defended the company in interviews with Restaurant Hospitality.

The federal complaint also included new allegations that Graffiato former chef Matt Robinett harassed female employees and patrons with impunity until his termination around October 2017. Company officials knew of the problem for some time but kept the chef on the job, according to the lawsuit. One employee was fired after making a formal complaint about Robinett’s behavior.