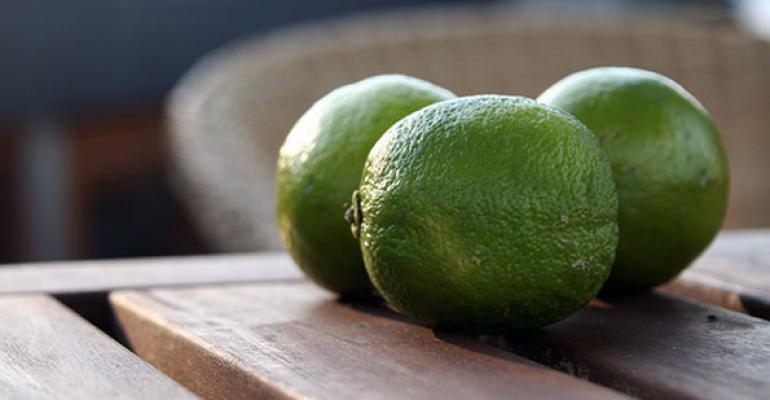 How to manage fluctuating produce prices

When a drought hit California early this year, the price of romaine jumped $5 per case for some restaurants. Later in the year, droughts and cold weather created a shortage of limes and other fresh produce, prompting USA Today to probe restaurants that were skimping on garnishes.

Produce prices are constantly fluctuating. When the movement is small, it’s manageable. But when produce prices jump significantly, as they did several times this year, restaurants can find themselves in a pickle.

“Fluctuations of produce prices are frequent and are monitored during purchasing,” says Scott Gerber, c.e.o. and principal of Gerber Group, a nightclub owner and operator of 19 venues, including Whiskey Blue, Whiskey Park, Living Room and The LCL: Bar & Kitchen. “When there is a rapid increase, like there was this past spring with limes, that can be a major concern.”

How can restaurants best manage unpredictable prices to reduce the impact on their bottom line?

“The best way to predict or prepare for increases in produce prices is just to stay on top of the news,” Gerber says. “Whether it’s a drought in California, frost in Florida or drug cartels in Mexico, it’s helpful to be aware and monitor the current situations.”

Partnering with a purchasing company is another option. A contract will provide negotiated rates, as well as buying and consulting support. On the down side, contracts also remove the option of shopping around.

“Restaurants without produce contracts risk being at the whim of dramatic shifts in prices throughout the year,” says Bruce Reinstein, COO of Consolidated Concepts. “Prices are not coming down anytime soon.”

Reinstein says 80 percent of restaurants manage their produce contract in-house and therefore may not protected from spikes in price.

Gerber says his bar managers try to avoid passing the price increase to their customers.

“However, if prices increase by 500 percent like they did this past spring with limes, it will affect the bottom line if you continue business as normal,” he says.

During the lime shortage this spring, Gerber Group decided to operate a bit differently behind the bar. Instead of automatically placing a lime in a guest’s drink, bartenders asked first.

“This was a better alternative than increasing the price,” he says.

He’s also got some advice on how to prepare for the next lime shortage: “Perfect the art of taking shots of Casamigos Tequila without a lime chaser.”