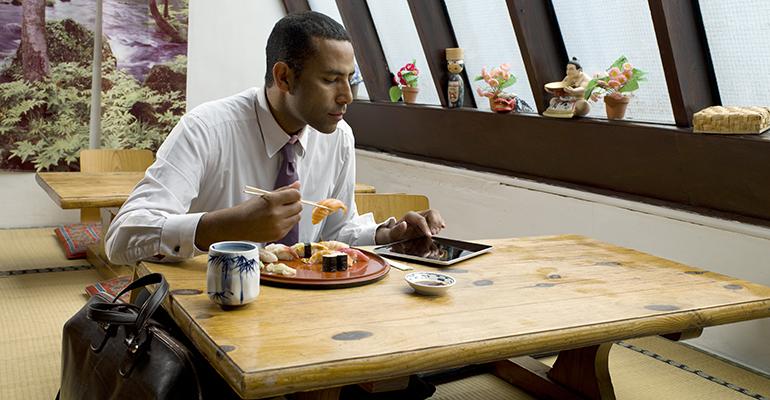 Trend Watch: How solo diners are driving the restaurant industry, and why you should add hard seltzer to your menu

Plus, the top cities around the country that are keen on independent restaurants

In this month’s Trend Watch roundup from Restaurant Hospitality, we take a look at how hard seltzer is continuing to drive the beverage category. Also, some data on independent restaurants — which cities have the largest percentage of small business restaurants?  — and how the growing number of solo diners is impacting the restaurant industry.

Keep scrolling to find out more about the trends we’re watching this month.

Related: Trend Watch: How the ‘sober curious’ trend helped out the soda industry; and why the best digital marketing strategy starts with a coupon

Hard seltzer continues to be a gamechanger

It’s no surprise that hard seltzers are shaking up the beverage industry: according to Nielsen data, the number of consumers drinking alcoholic seltzers at bars and restaurants has jumped 73% between spring and fall 2019. The data also finds that 51% of these hard seltzer fans are actively passing over their typical choice beverages to seek out the trendy, low-proof bubbles.

Related: Trend Watch: Why customers still choose to dine in instead of takeout; how snacks can transform your menu

“It’s a well-known fact that hard seltzers have begun to dominate supermarket shelves, but up until now we haven’t really been able to quantify the effect this phenomenon has had on the nation’s bars and restaurants, with just over half of hard seltzer drinkers drinking them instead of what they normally drink when they’re out,”  Nielsen CGA’s client solutions director, Matthew Crompton said in a statement.

According to Nielsen data, 36% of consumers say they would drink seltzer on draft, and within that group, 35% would use it as a mixer. The top seltzer mixer opportunities include vodka (69% of consumers would try), rum (53%), and tequila (52%).

Top 10 cities with the most independent restaurants

Where are indie restaurants thriving? According to data compiled by City Observatory, the list of small restaurant business-friendly cities ranges from the obvious (like New York City) to the sleeper food-centric cities like Providence, Rhode Island.

Conversely, chain restaurants in Louisville are about three times more prevalent than they are in New York City, with other chain-heavy urban centers including Cincinnati (35% chains), Nashville (35% chains), and Columbus, Oh. (34% chains).

Party of one? Solo diners are on the rise

The culture around dining alone is changing. Solo diners represent the largest share of restaurant party sizes, according to recent NPD Group data. Last year, 35% of restaurant consumers were solo diners, as compared with 27% parties of two, and 14% parties of four. Visits from most other party sizes, meanwhile, declined in share.

This data reflects a changing America, where there are 11% more people living alone than there was a decade ago, according to the U.S. Census Bureau.

Who are these solo diners? According to NPD Data they are looking for:

“Solo diners are looking for convenient and quick meal options and if eating on premise, they may want single seating areas,” David Portalatin, NPD food industry advisor and author of Eating Patterns in America said in a statement. “In other words, solo diners are a large customer group so make them feel welcome.”