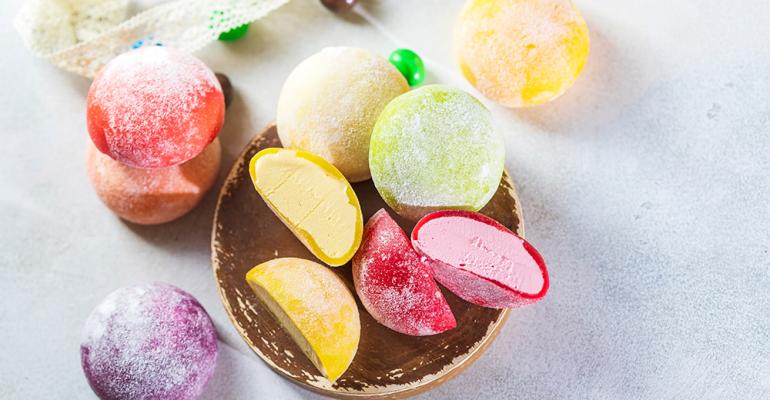 Mochi is a Japanese sticky rice product made by pounding cooked short-grain rice into a paste, oftener with sweeteners and thickeners such as cornstarch, and then made into different shapes, bringing a nice chewiness to a variety of dishes, particularly desserts — like donuts or ice cream — or just in its purest form as a plain bun.

In the United States, mochi is most commonly used as a coating for ice cream, adding a different element to the frozen dessert. Restaurants are also using it in French toast, bao buns and other foods.

Related: Asian desserts such as mochi and hotteok enjoy growing appeal on menus

According to market research firm Datassential, mochi is currently found on less than 2% of U.S. restaurant menus, and less than one third of American consumers (29%) have tried it, but it’s a way for U.S. consumers — already hungry for more global flavors — to experiment with something fun, sweet, and approachable.

Click through the gallery or watch this video to learn more about this Flavor of the Week and see how one restaurant is using it on its menu.