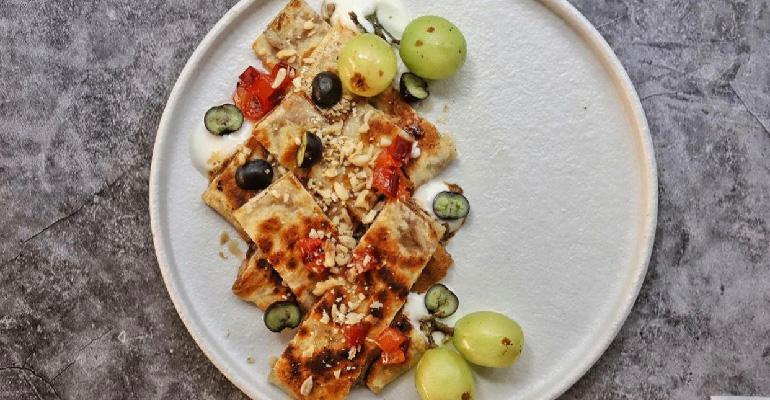 Japanese, Chinese and Thai are some of the most popular cuisines in the United States, yet Asian desserts are oft-overlooked. However, beyond the craze for boba tea and Thai rolled ice cream, a number of new Asian confections on menus are poised to have broad, cross-over appeal.

The Asian dessert with the most momentum? Japanese mochi, a sticky rice bun filled with ice cream. According to the latest research from Datassential, mochi has grown 35.3% on American menus in the past four years.

Among the restaurants menuing mochi is Sushi-san in Chicago, which offers a rotating selection of the frozen treats painted with whimsical emoji faces, and called emochi.

“In our first week of being open, one of the most common requests we received was for mochi ice cream,” said Amarit Dulyapaibul, partner at the Lettuce Entertain You Enterprises concept. “We partnered with Mochidoki from New York to find the most interesting flavors and craveable combinations but wanted to add some personality to the dish.”

The sugar faces are designed by in-house illustrator Alex Payne and are applied by hand to each piece of emochi. Currently, the available flavors are vanilla chip, ube (purple yam) and lychee.

While largely showing up on Asian cuisine menus, Datassential projects mochi to grow 9.5% over the next four years, indicating it's making its way on to some chain restaurant menus and on to menus not focused narrowly on Asian cuisine. 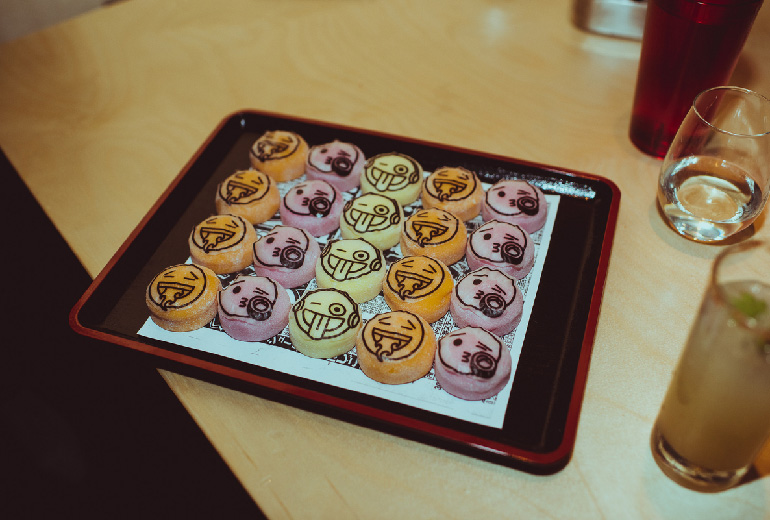 A tray of mochi with a whimsical twist at Sushi-san.

“After you taste the sweetness of the white chocolate, the freshness of the wasabi shortly follows which creates a nice juxtaposition of flavors,” Odo said. “It’s kind of similar to the idea of a Peppermint chocolate ice cream.”

Added to the menu in late October, Odo said the unique flavor is the restaurant’s best-selling ice cream.

“The combination of the sweetness and real wasabi spice also is quite addictive and has customers coming back for more,” he added.

The biggest hit on the dessert menu at Yoon Haeundae Galbi, a modern Korean barbecue restaurant a few blocks north of New York’s Koreatown, is hotteok, a contemporary take on a traditional sweet pancake.

Inspired by his grandfather’s restaurant in Busan, South Korea, third-generation restaurateur Bobby Yoon’s version of hotteok is filled with mozzarella cheese, grilled and served over yogurt and then topped with caramelized brown sugar, plum honey, mixed nuts, berries and grapes.

Yoon added hotteok to the menu in December as a way to bring the street food favorite to the table and make the restaurant’s sweet offerings more premium. It’s a move that is resonating with customers, as the hotteok now accounts for 70% of Yoon’s dessert sales.

At Gozu in San Francisco, pastry chef Ethel Koh is using traditional Japanese salted cherry blossom to create a novel dessert. Called hanami, after the Japanese custom of viewing the flowers that welcome spring as they blossom, the confection is comprised of salted cherry blossom, umeshu (plum wine), rhubarb, pistachio, and frozen yogurt.

"During spring in Japan, the colors pink (rhubarb), white (yogurt), and green (pistachio) are often found in desserts,” said Koh. “Pink symbolizes cherry blossoms, white represents the remaining snow of the past winter, and green is used as the herald of spring which represents grass.”

Koh said the dessert, which has been on the wagyu-centric restaurant’s menu since early March, is very popular with diners. 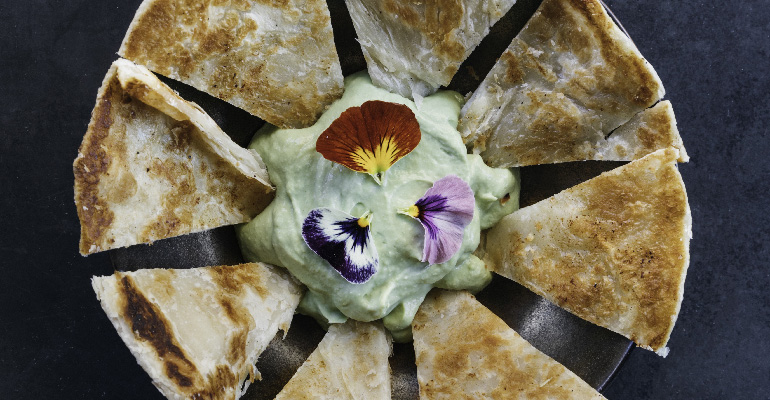 Indian and South Asian puddings, such as gajar ka halwa, a carrot-based sweet pudding, and the rice pudding kheer are also growing on menus, according to Datassential.

In response to requests for more dessert offerings at Thaimee Love in New York's West Village, chef Hong Thaimee added a pandan coconut custard dip with roti to the menu.

"I'm originally from Chiang Mai and take pride in sharing the best of my Thai heritage through the menu at Thaimee Love,” Thaimee said. “When creating the dessert, I knew that the creaminess of organic eggs and coconut milk would combine perfectly with sweetness from coconut sugar, and thought a hint of pastel green and fragrant aroma from pandan leaves, which we use widely in Thai cooking [including in desserts], would be a big hit on the menu. And it is!"

Diners can expect to see more sweet dips on menus. At Thaimee Love, for example, Thaimee plans to build on the popularity of her custard dip by serving it in new ways, such as at brunch with steamed buns.