Flavor of the Week: Microgreens add a healthy touch 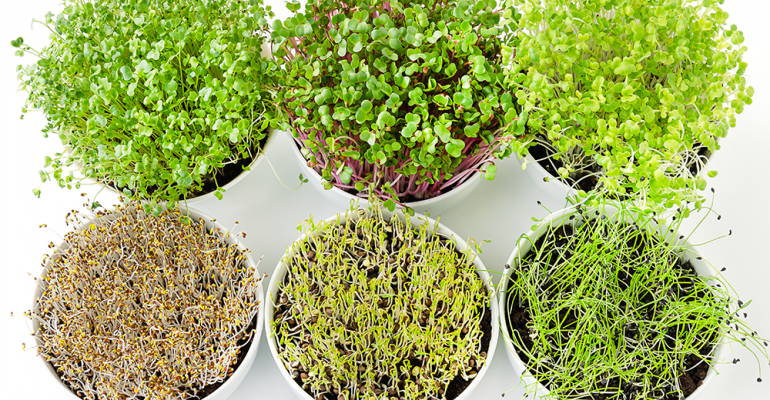 Microgreens are the small, green garnishes sitting somewhere in the middle ground between sprouts and baby greens. Essentially, they are the tender, miniature versions of vegetables harvested after growing for one to three weeks.

Microgreens are grown from a variety of vegetables ranging from traditional leafy greens to herbs, root vegetables and beyond. These nutrient-dense greens are considered a premium ingredient and as such are darlings of fine dining, but they can be spotted on menus as a healthy topper to toasts, salads, poke and other health-oriented offerings. They are also found at ethnic independent restaurants.

Microgreens are most well-known among millennial consumers as well as “foodies,” although overall awareness is relatively low as only 30% of the population has heard of them. While microgreens are found on just 2% of U.S. menus, that represents a 79% increase over the past four years.

Click through to read more statistics about this ingredient, and about a restaurant in Miami Beach that offers microgreens with its signature dish.