New on the Menu: Vegan meatloaf and a Thanksgiving pizza 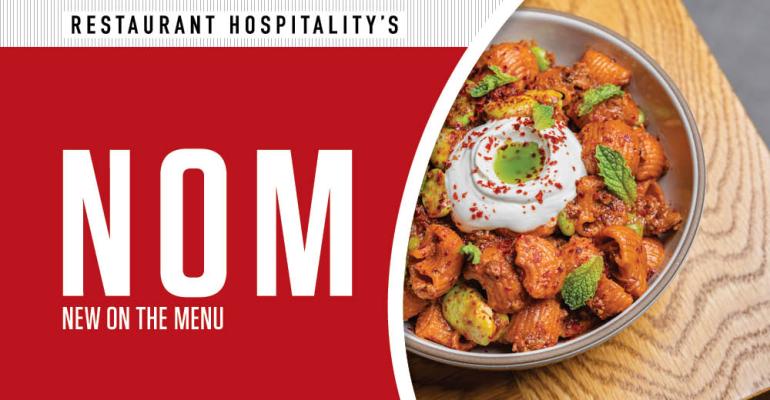 Birria — traditionally made with braised goat but in its trendier form with beef — is arguably the hottest meat in the country at the moment. Normally served in tacos or quesadillas with a side of the broth in which it’s braised, this delicacy from the Mexican state of Jalisco is bound to take on more forms as the trend progresses, and indeed at The Hideaway in Beverly Hills, Calif., chef Alex Morena uses USDA Prime beef brisket to make his version of birria and serves it as an entrée swimming in its own broth.

In Boston at Chickadee restaurant, chefs Vinny Susino and John DaSilva are also braising meat, but they’re using lamb and tossing pasta in it.

In Las Vegas, Barry’s Downtown Prime is going the vegan route with its meatless loaf, but taking it upscale with freshly shaved truffles, and at Public Display of Affection in Brooklyn, N.Y., chef and owner Robert Guimond, is using confit chicken thigh and delicata squash to make a pizza he says evokes Thanksgiving.

And at RT69 Rooftop Bar & Lounge at the Hard Rock Hotel in New York City, beverage directory Jeremy Le Blanche makes what he says is a variation on the French 75 made with raspberry and rose jam.