/sites/all/themes/penton_subtheme_restaurant_hospitality/images/logos/footer.png
Recent
Recent
4 great cheesecake offerings from independent restaurants across America
May 25, 2022
5 food and beverage innovations at the restaurant show
May 25, 2022
T2D Concepts develops revolutionary franchise model in Roots Chicken Shak
May 24, 2022
Eight interesting foods at the National Restaurant Show that were not plant-based protein
May 24, 2022
Nine beverage trends spotted at the National Restaurant Association Show
May 23, 2022
Featured
Meet 4 emerging NYC concepts
May 16, 2022
Savannah restaurateurs Mashama Bailey and Johno Morisano open two concepts in Austin
May 02, 2022
Denver's oldest brew pub, Wynkoop Brewing Company, is getting a fresh start
May 02, 2022
Chef Danny Grant opens café/gourmet market in Chicago with a European vibe
Apr 28, 2022
New on the Menu
brought to you by
Food & Drink

New on the Menu: A Thai meatball hero and scallion pancake pizza 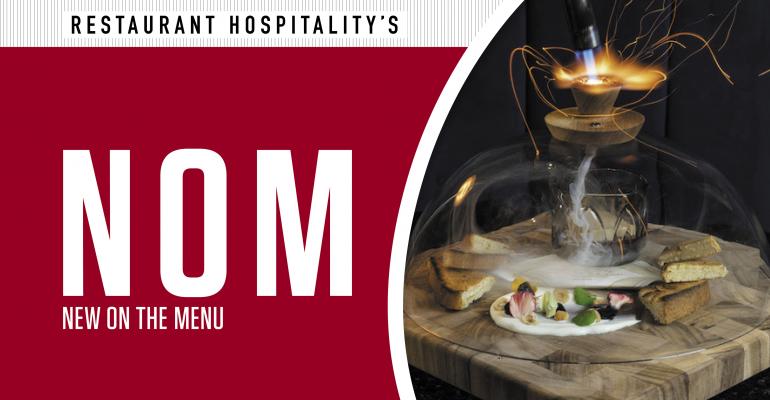 It’s not easy to differentiate yourself in the gigantic pizza space, but Makeboluo, a virtual concept in Boston, is doing it by making its pies on Chinese scallion pancakes, available for delivery out of Fóumami, Michael Wang’s Asian sandwich concept, after hours.

At Barclays Center, home of the Brooklyn Nets in a city where meatball heroes are a beloved delicacy, chef Boonnum Thongngoen puts a Thai spin on the menu item by drenching it in panang curry rather than marinara sauce.

At No Man’s Land in Fort Lauderdale, Fla., chef Austin Blake looked to the cocktail world for a novel idea for his foie gras preparation, which draws on the flavors of the Old Fashioned.

And finally, a bit farther south at Joia in Miami, chef Gustavo Vertone is serving lobster that’s both crispy and succulent by frying it.