New on the Menu: Stuffed griddled biscuits, licorice octopus and a tequila julep 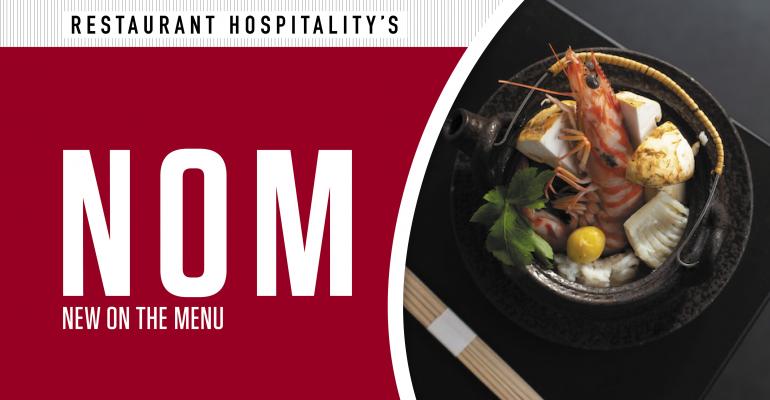 When eating griddled cakes in Hong Kong, Robert Newton, the chef of the new Fleeting restaurant at the Thompson Savannah hotel wondered if he could do a Southern twist on it, and he has by using biscuit dough and a mashup of chile oil and red eye gravy.

At Fulton Market Kitchen in Chicago, Jonathan Hartoonian is complementing octopus with licorice and rounding out the dish with salty and sour garnishes.

Two-unit Taco Madera has a cocktail named after Winnie the Pooh, presumably because of the honey, but really it’s a take on a Mint Julep, but with chamomile-infused tequila instead of bourbon.

Fall is matsutake mushroom season, and Susumu Ii of Sushi Ii in Newport Beach, Calif., is celebrating that fact with a soup that incorporates them, along with gingko nuts, as part of his tasting menu.

Meanwhile in the Boston area, Will Gilson has a new restaurant, Geppetto, where he’s making chicken meatballs and serving them in a tomato brown butter sauce.