At Fleeting, the new restaurant at the Thompson Savannah hotel in Savannah, Ga., chef Robert Newton does a Southern interpretation of the griddled cakes he ate in Hong Kong. He makes a slightly dry biscuit dough, so he can roll it out like a pie crust, which he does and then cuts it into 4-inch rings. Then he puts a tablespoon of the restaurant’s duck confit and folds the dough like a beggar’s purse and then presses it into a pancake shape. He cooks the buns on a griddle, covering them to help them cook through, and serves them with chile oil spiked with espresso — which no-doubt tastes good but also is a reference to Southern red eye gravy.

At Fulton Market Kitchen in Chicago, executive chef Jonathan Hartoonian braises Spanish octopus and then grills it. He serves it over an aïoli made with black licorice, evoking the anise flavors from ouzo or similar liqueurs that often accompany octopus in the Mediterranean. He garnishes the dish with jicama that has been brined with hibiscus, sour plum and sliced lotus root.

At Toca Madera, which has locations in West Hollywood, Calif., and Scottsdale, Ariz., the bartenders infuse Casamigos Blanco tequila with chamomile and use two ounces of it for the base spirit of this drink which also has ¾ ounce each of ginger juice, lemon juice and honey, plus ¼ ounce of green Chartreuse that are combined and added to a julep cup of crushed ice with a handful of mint leaves.

As part of the omakase menu at Sushi Ii in Newport Beach, Calif., chef Susumu Ii is making the most of matsutake mushroom season with this dish for which he simmers the mushrooms and gingko nuts in dashi (a broth of kombu seaweed and bonito flakes) and then adds hamo eel and shrimp that he lightly poaches beforehand to soften their briny flavors. He finishes the dish with sudachi citrus, soy sauce and mitsuba — a type of Japanese parsley.

At Geppetto, a new restaurant in chef and owner Will Gilson’s multi-concept space The Lexington in Cambridge, Mass., the chef departs from the usual beef, pork or veal meatballs and grinds free-range chicken for this dish. The meatballs are breaded, fried, topped with grated Parmesan cheese and served in a brown butter tomato sauce. 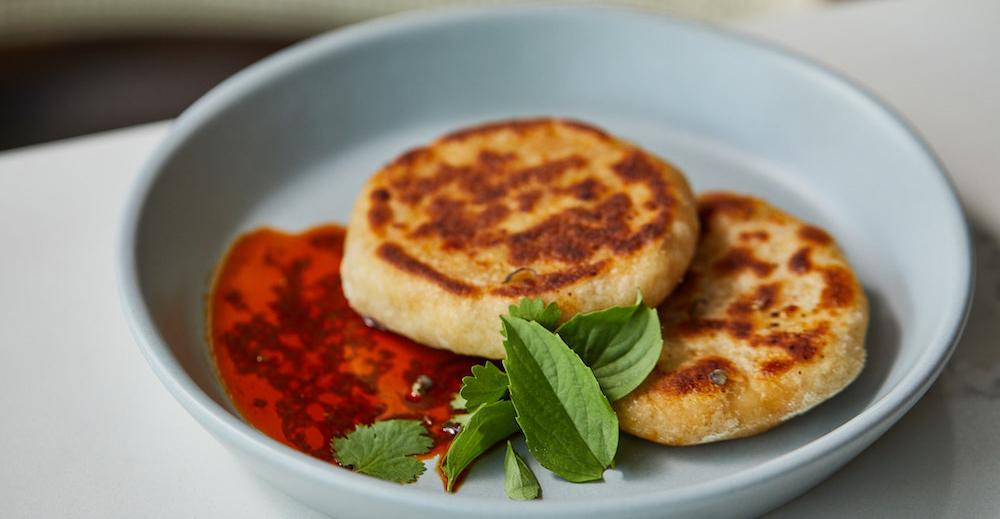 Next Up
New on the Menu: Coffee rubbed lamb chops and butternut squash lasagna
Start Slideshow ›