New on the Menu: Pine-smoked oysters and deconstructed s’mores 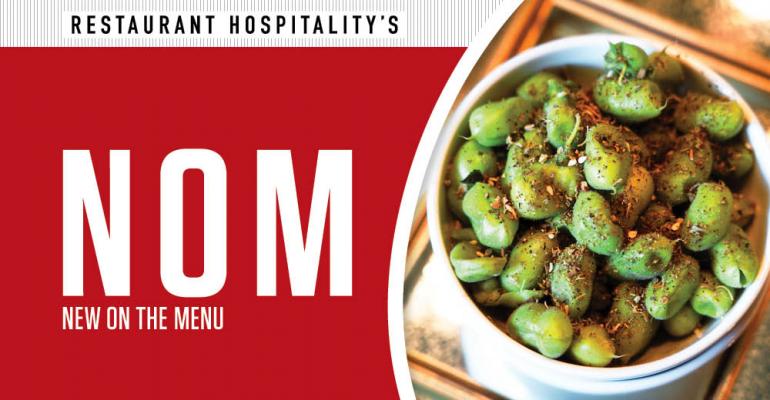 Start Slideshow ›
Plus green chickpeas, asparagus with gribiche and an anniversary cocktail

Asparagus with gribiche — a chunky sauce made from soft-boiled eggs — is a French tradition. At Foragers Table in New York City chef Olivier Palazzo augments that combination with a generous grating of mullet bottarga, or compressed roe, on top.

Roe also has a role to play at Stoke & Rye in Avon, Colo., where it garnishes pine-smoked oysters that sit over a whiskey aïoli — a combination developed by Richard Sandoval

And whiskey is centerstage in The One Fifty, a variation on the Billionaire cocktail created by general manager Jim Bambrey that is being sold in celebration of the 150th anniversary of The Read House in Chattanooga, Tenn.

Not whiskey, but mezcal, is part of the s’mores dessert that was created by pastry chef Natalie Morales at the three-unit Kitchen American Bistro.

And chef de cuisine Martha Wilcox gives green chickpeas the edamame treatment, with some house-made za’atar, at Indianola in Houston.