New on the Menu: A French 75 slushie and celebratory pizza 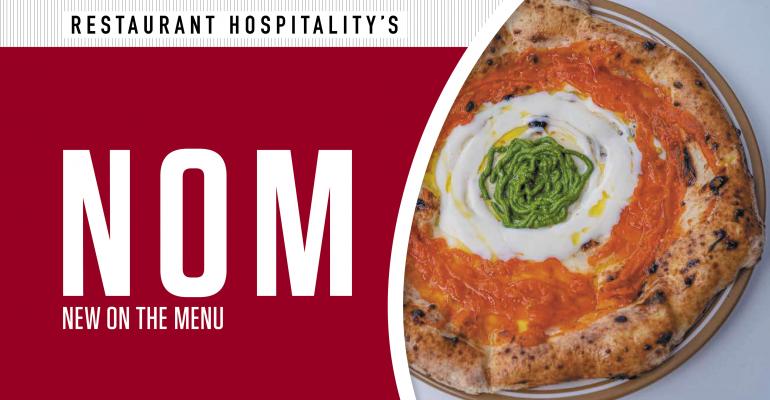 There’s a lot of meat in this week’s NOM, starting with a belly-on pork chop balanced with maple and cider by Zachary Rozanski, the new chef of Corinne at Le Méridien Denver Downtown. There are also meatballs at the new Fleetwood Restaurant at Calistoga Motor Lodge and Spa in California’s Napa Valley for which chef Drew Glassell uses pork rinds instead of breadcrumbs to retain moisture.

Then there are the organ meats — goat kidney and testicles, to be precise — at Dhamaka, the hot Indian restaurant in New York City by chef Chintan Pandya.

But there’s a summery drink, too, thanks to the team at The Smith in Chicago, who took the classic French 75 cocktail and turned it into a slushy.

There’s also a red, white and green pizza — the colors of the Italian flag — that was made out of premium Italian ingredients to celebrate Italy’s victory last weekend over England in the Euro 2020 Soccer Tournament.