Zachary Rozanski, the new chef of Corinne restaurant at Le Méridien Denver Downtown, scores a tomahawk chop of red Duroc pork, char-broils it and serves with heirloom baby carrots and Brussels sprouts that have been quickly cooked in pork fat and finished with a maple cider sauce.

At Dhamaka, a hot Indian restaurant that opened in February in Essex Market on New York City’s Lower East Side, chef Chintan Pandya does not shy away from robust flavors or organ meats, such as this dish of mashed goat testicles and kidneys which he braises in a mixture of red chiles, turmeric and ginger-garlic paste and then serves in the bowl it’s cooked in accompanied by pao, a Portuguese-influenced soft buttered roll.

Fleetwood restaurant opened at the end of June at the Calistoga Motor Lodge and Spa in California’s Napa Valley. There chef Drew Glassell makes meatballs out of ground beef, Italian sausage and a blend of sautéed onions, celery and fennel, seasoned with a little nutmeg and bound together with egg and, instead of breadcrumbs, ground pork rinds which he says makes the meatballs even juicier.

He roasts the meatballs at 300 degrees Fahrenheit and then dresses them in spiced marinara sauce, micro-planed Parmigiano-Reggiano cheese and Parmigiano crisps baked with basil.

For this summery version of the classic cocktail, developed as a collaborative effort by the team at The Smith in Chicago, an ouonce of gin is blended with 2 ounces of Prosecco and ¾-ounce each of simple syrup and lemon juice, along with ¾ cup of crushed ice, until it’s smooth. It’s poured into an ice-cold coupe and garnished with a lemon twist.

Italy won the Euro 2020 Soccer Tournament on July 11, much to the chagrin of fans of England, but to the delight of Ciro Iovine, the chef and owner of Song’E Napule Pizzeria & Trattoria in New York City’s West Village, who named this pizza after the signature kick of Italian footballer Lorenzo Insigne, the tiro a giro — or tir’ a gir in the Neapolitan dialect of both Iovine and Insigne — or “shooting around,” so-called because it makes the soccer ball curve so it slips by goalkeepers.

It’s made with a sauce of Datterini tomatoes, a sauce of Parigiano-Reggiano cheese aged for 24 months, and basil pesto. 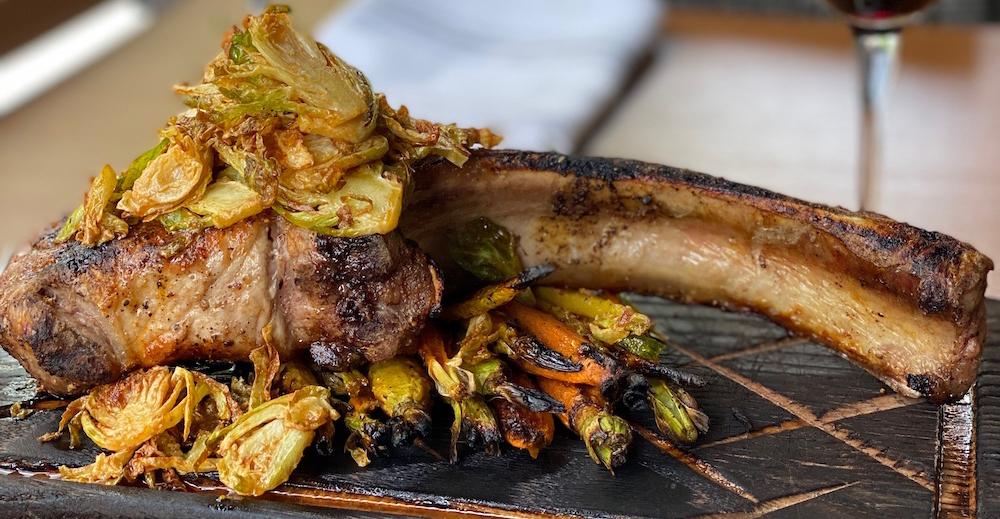 Next Up
New on the Menu: Cabbage steak and a fancy Green Tea Shot
Start Slideshow ›