New on the Menu: Black arancini and a drunken kolache 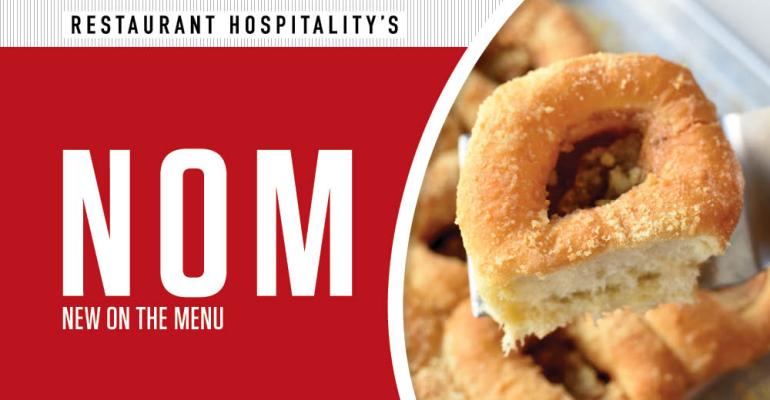 Start Slideshow ›
Plus a lychee-citrus drink, a mushroom tetela, and chicken thigh Benedict

Celebrity chef and restaurateur Fabio Viviani has a new project. It’s called Curfew and it’s a tavern and lounge at the Hotel St. Clair in Chicago serving food inspired by Spain, Italy, and the United States, including a dish of arancini made with black rice and served over romesco.

In Atlanta, chef Santiago Gomez of the new Palo Santo restaurant is cooking southern cap mushrooms in embers, folding them into a tortilla and dressing that in a peach mole.

Kolache Shoppe, a 52-year-old institution in Houston, has a special this month featuring local pecans and spiked goat cheese caramel in a traditional Czech pastry.

There’s no alcohol in this week’s drink, which is a made mostly of lychee purée augmented with lemon, lime, and a little mint and served at 1919 Restaurant at the Condado Venderbilt in San Juan, Puerto Rico.

And at Mariel in Boston, chef Miguel Deras is disguising Cuban bread as English muffins and topping it with fried chicken thigh and Mornay sauce for what he calls a “Benedetto”.