New on the Menu: Beer can Cubano and rice-stuffed mussels 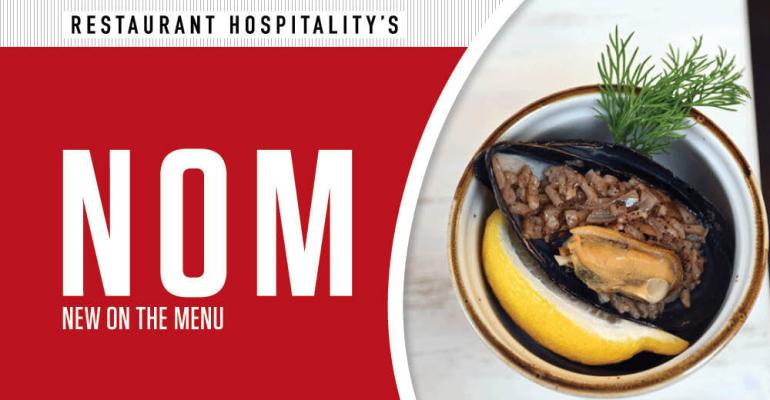 Start Slideshow ›
Plus a borscht-udon mashup, grilled oysters with adobo butter, and a blackberry-sage cocktail

Tzarevna, a wine bar on New York City’s Lower East Side that served food from the former Soviet Union, has been rebranded as Yo+Shoku, which draws inspiration from Eastern Europe and East Asia, exemplified by menu items such as Borscht Curry Udon.

Not that far away, in the Brooklyn, N.Y., neighborhood of Park Slope, mussels get a Turkish treatment by being stuffed with a version of rice pilaf before being steamed — a dish derived from a recipe by co-owner Ahmet Kiranbay’s uncle.

In Cincinnati, oysters get a Mexican treatment at Crown Cantina by being roasted with adobo butter, and in Nashville, at Almost Friday Sporting Club in Nashville, beer can chicken is turned into something easily eating while watching a game by turning it into a sandwich.

To wash down all of this creativity, in San Francisco at Rosemary & Pine, a cocktail called Sage Advice combines vodka with elements of its namesake herb and blackberries.