/sites/all/themes/penton_subtheme_restaurant_hospitality/images/logos/footer.png
Recent
Recent
Flavor of the Week: Hard seltzer — the flavored malt beverage that has captured the market
May 03, 2021
New on the Menu: Three dumplings and a cocktail
Apr 30, 2021
New DoorDash pricing tiers offer commission rates starting at 15%
Apr 28, 2021
Brooklyn Fare grocery reopens Chef’s Table with expanded menu
Apr 28, 2021
Nextbite to expand its portfolio of celebrity-linked virtual brands
Apr 28, 2021
Featured
Alternative delivery players challenge the bigger third-party marketplace model
May 04, 2021
The new maximalism: Will restaurant design do a 180 into rebellious excess?
Apr 22, 2021
Pat Martin, chef and owner of Martin’s Bar-B-Que and Hugh Baby’s, discusses the business and meat supply of the coronavirus pandemic
May 05, 2021
Eleven Madison Park in New York City to reopen with meatless menu, chef and owner Daniel Humm says
May 03, 2021
Flavor of the Week
brought to you by
Food & Drink

Flavor of the Week: Cynar ‘every bartender’s bitter secret weapon’ 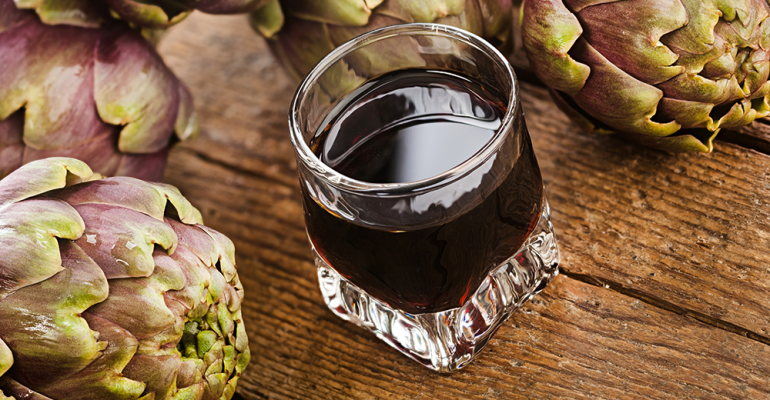 Start Slideshow ›
Cynar is experiencing a resurgence on cocktail menus as consumer interest in bitter and botanical flavors grows.

Made from 13 different herbs and plants, including the main ingredient artichokes, Cynar is “every bartender’s bitter secret weapon,” according to digital media company Tasting Table. Though it’s been around for quite a while, Cynar is experiencing a resurgence on cocktail menus as consumer interest in bitter and botanical flavors grows, according to market research firm Datassential in Chicago.

While it is technically a digestif and able to be consumed on its own, spot this bitter-forward ingredient making its mark as a flavoring agent in cocktails across the U.S.

Datassential reports that Cynar is gaining traction in fine-dining and ethnic independent restaurants. It has enjoyed a nearly two-thirds’ jump on American restaurant menus in four years.

Just over 10% of the population knows about this ingredient, a figure led by the Generation Y demographic, Dataessential says.

Related: Flavor of the Week: Microgreens add a healthy touch

Click through the slides for more information on Cynar — Datassential's Flavor of the Week — along with menu inspirations that your restaurant might want to try.