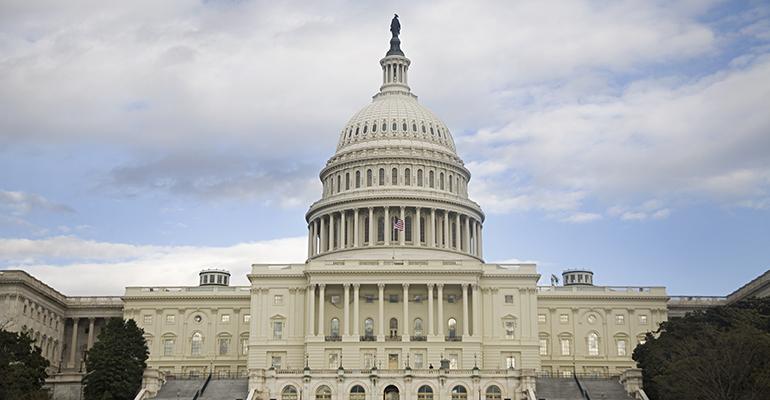 Michael Duva / Stone
The compromise economic stimulus proposal totaling $908 billion, includes $288 billion for small businesses such as restaurants in the form of Paycheck Protection Program loans among other funding.
Operations>Finance

A bipartisan group of senators has put forth a compromise economic stimulus proposal totaling $908 billion, including $288 billion for small businesses such as restaurants in the form of Paycheck Protection Program loans among other funding, but it doesn’t have support from Congressional leaders, the White House, the left wing of the Democratic party or the right wing of the Republican party, according to published reports.

The COVID Emergency Relief Framework, backed by Republican senators including Bill Cassidy of Louisiana, Mitt Romney of Utah and Susan Collins of Maine, and Democratic senators including Joe Manchin of West Virginia and Mark Warner of Virginia, also includes $160 billion for state and local governments, $180 billion in unemployment insurance benefits in the form of an additional $300 per week — half of what was provided shortly after the outset of the pandemic, and which Democrats proposed should be renewed — as well as smaller sums for education, transportation, rental assistance, nutrition & agriculture, vaccine development & distribution and other sectors.

Related: Legislation for $120 billion grant fund to independent restaurants could be introduced this week

The bill falls far short of the $2.2 trillion HEROES Act that the House of Representatives, controlled by Democrats, passed in early October, which itself was a trimmed-down version of the $3.4 trillion act passed in May.

Both bills have been ignored by the Republican-controlled Senate, as majority leader Mitch McConnell has not allowed them to be introduced to the Senate floor.

Related: House passes revised $2.2 trillion HEROES Act that would include $120 billion in relief for independent restaurants

According to The Washington Post, the new bill also lacks support from Congressional leaders including McConnell and House speaker Nancy Pelosi, as well as liberals such as Congresswoman Rashida Tlaib, a Democrat from Michigan and member of the Congressional Progressive Caucus.

Senators such as Republicans Mike Lee of Utah and Rand Paul of Kentucky have resisted further spending, the Post said.

It also said that details of the bill are subject to change.

The liberals oppose the bill’s “liability shield,” which protects companies and schools from legal blame if workers contract COVID-19 on the job.

The National Restaurant Association said the bill was a good start, but the Independent Restaurant Coalition was less generous in its appraisal.

“The $908 billion stimulus proposal includes some much-needed short-term stopgaps that will help restaurants continue to serve their communities during the holiday season. The bill provides several of the tools that we proposed in our Blueprint for Restaurant Revival [sent to Congress in July], including a second round of the Paycheck Protection Program (PPP) and temporary liability protections for operators.

“The restaurant industry has been the hardest hit by the pandemic and recent limitations in dozens of states are pushing operators beyond their limits to survive. We hope that after the holiday, Congress will be ready to discuss industry-specific solutions – including the Senate version of the RESTAURANTS Act – that will help the nation’s second largest private-sector employer contribute to its economic revival in 2021.”

The Real Economic Support That Acknowledges Unique Restaurant Assistance Needed to Survive (RESTAURANTS) Act would provide $120 billion in funding for grants to restaurants in need.

The IRC, which has been a vocal supporter of the RESTAURANTS Act, criticized the compromise bill for not providing direct relief for restaurants

"The … proposal will not solve anything for the hundreds of thousands of neighborhood restaurants facing permanent closure this winter," said IRC co-founder Kevin Boehm, who is also co-founder of Boka Restaurant Group in Chicago. "The first round of Paycheck Protection Program loans did not work as advertised for restaurants and bars. … Today, the situation for restaurants is worse than it was when PPP was first passed in the spring — the virus is surging in new communities, limits on indoor dining are back, and colder temperatures are preventing outdoor dining. A few weeks of payroll is not the best solution to ensure our industry can fully reopen and reemploy millions of Americans. This proposal is a Band-aid on a bullet wound until restaurants and bars can generate more revenue.

Here’s what operators should know after this first round of the Restaurant Revitalization Fund
Jun 18, 2021