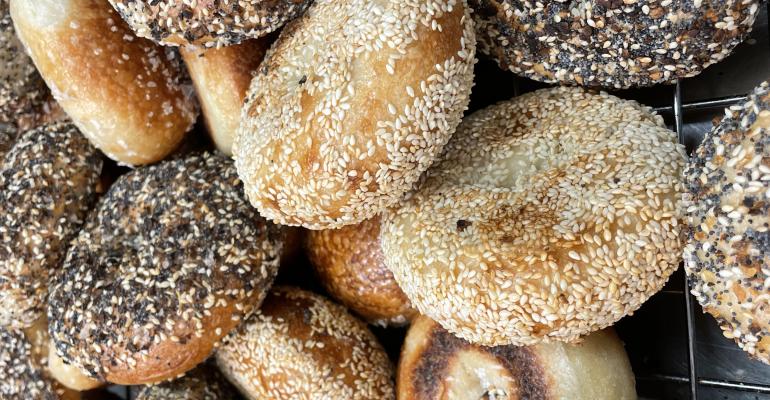 PopupBagels started as a backyard popup and eventually blew up to become Brooklyn BagelFest’s “Best Bagel” two times over. The shop only sells bagels in advance and customers can choose two “schmears” of cream cheese or other unique toppings like grilled scallion, dill pickle, Utz cheeseball, and chili crunch butter. The bagels have become so popular that online “reservations” to place an order sell out within minutes of being posted.

“PopupBagels started as a home kitchen project to share my love for baking, and a unique bagel recipe with friends,” said Adam Goldberg, founder of PopupBagels. “As word spread, customers began clamoring for our bagels and we began to expand our operation. I’m thrilled to have the support of many experienced investors as we prepare to scale.”

Currently, the bagels are available for order in Greenwich, Georgetown, Westport, and New York City. With the extra boost in funds, Goldberg and his team hope to expand their concept to regions around the country, starting in the Northeast.