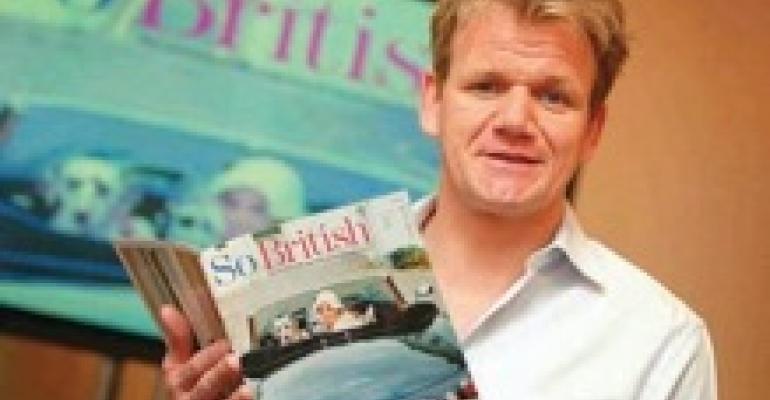 The Man Who Wasn't There

Recently, working on behalf of The New York Times, I was denied access to a chef I hoped to write about. The chef was well-respected and was about to be in charge of a new, high-profile Manhattan kitchen with four-star ambitions. One had to assume that a story of this nature was only positive and it was for The Times. The PR agency I had to go through said "no dice." I tried reaching out to the chef, then based in London, through some New York chef friends who knew the guy. They got word to him. I never heard back.

The reason? "We've decided we just want to focus on Gordon," said the woman from the media company representing Gordon Ramsay, the British chef fast on his way to international chef moguldom. Meaning, of course, "we want you to focus on Gordon, not his chef de cuisine"—Gordon, his new restaurant in Manhattan, or LA, or his television show, or his forthcoming memoir, the representative said.

I was peeved because I wasn't getting what I wanted, granted, but I also thought it ultimately dishonest of the chef to want to keep his chef de cuisine at Gordon Ramsay at The London NYC outof view. Certainly, Ramsay has been on view and in the kitchen during its opening, but with the start of a restaurant in Boca, another Restaurant Gordon Ramsay in Los Angeles, and potentially in Dublin, Prague and Amsterdam, who is going to be running the show in New York? Neil Ferguson, previously second in command at a restaurant called Angela Hartnett at the Connaught.

There's nothing wrong, of course, with a chef de cuisine running the kitchen of the globe-trotting, media-courted, marquee chef with the fantastically foul mouth and hugely entertaining (and hard-earned) arrogance. Indeed, too many critics these days whine about the absence in the kitchen of the chef whose name adorns the restaurant's signage.

But willfully hiding the chef in charge of one of the most anticipated Manhattan restaurants of the season seems to me a regrettable decision at a time when the consumer, the eager restaurant-goer, is fraught with confusion over the meaning of celebrity relative to the food he or she will eat. Indeed, it's a backward step in the evolution of an increasingly informed consumer entering a market filled with increasingly excellent dining choices.

Does celebrity have anything to do with cooking anymore? It used to result from cooking. Now, it seems to be tangentially related to cooking. The posterchild disaster is, of course, Rocco DiSpirito, an enormously talented cook and lauded chef who left the kitchen to pursue celebrity and apparently has no inclination to return to the work that he's so gifted at.

Cat Cora has become a celebrity without ever having had a restaurant she could call her own. Can she cook? Judging from the photo shoot for FHM, a soft-core guy's mag, who cares? But those who have had her food have suggested to me it lacked sophistication and depth, hardly surprising given that those attributes come from working daily in the brutal world of restaurant cooking for many, many years—a fact culinary students today seem not to want to think about.

Is the Cat Cora phenomenon a bad thing? Only if it blurs the difference between cooking celebrity and entertainment celebrity. And I don't think it does, because she doesn't own a restaurant. In a way, Cat Cora is the true postmodern celebrity chef—famous for being a chef, not for anything she actually does.

Indeed, Ramsay, a largerthan-life personality who rose from the lower classes into the rarefied world of the Michelin three-star and international fame based on the strength of his craft and the way he ran a business, may be more dangerous in terms of that blurred distinction. He is a bona fide TV star in the UK and in America, justifiably so—he's compulsively watchable and unfailingly entertaining. But he's also an immensely talented cook and the executive chef of a restaurant empire that did $124 million in sales last year. Or was. Can one be an entertainment celebrity and a first-rate cook and chef? I wish I could ask Neil Ferguson.