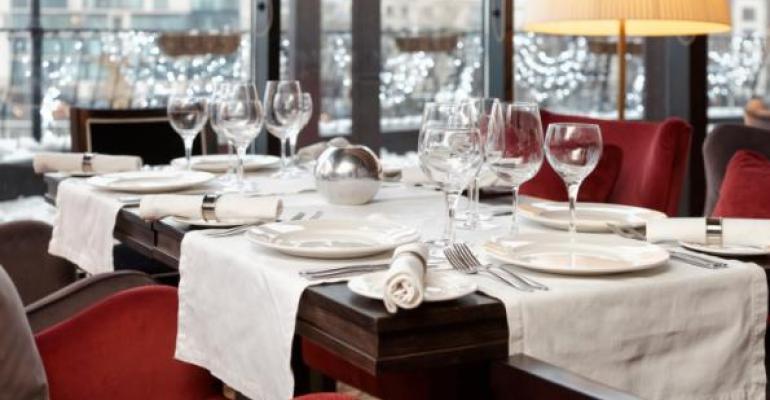 Whether you’re in a kitchen or in an office, there’s no slowing the fast pace of the restaurant industry. To help you stay informed, here’s a brief roundup of the top news items this week from across the industry:

Do shoppers stop in for a bite to eat while they’re our knocking off their last-minute Christmas lists? Not according to one study from Thanx, a loyalty and retention marketing company.

Despite a major boost for retail outlets, Thanx research claims that restaurant revenue over the past several years has declined 22 to 45 percent during the post-Thanksgiving holiday period. The study examined the quick-serve, fast casual and fine dining industries and noted the average restaurant experienced a 27 percent revenue decline in December, as compared to that year's monthly average.

Turns out “Coffee Talk” isn’t just a hilarious Saturday Night Live sketch, but also a way to glean some real insight into consumer behavior. Bottlenose, a trend-tracking company, examined more than 350 million conversations about coffee on social media and determined that cookie flavors are old news, but coconut flavor is on the rise.

More insight: people talk about coffee the most on Mondays, leading to a conclusion that drinking coffee is tied to work. And, perhaps surprisingly, the novelty of pumpkin drinks has “officially worn off,” the company said, pointing out that many consumers are so over Pumpkin Spice Lattes.

Pittsburgh-area restaurant owners might see some changes on their report card this semester. Allegheny County officials are proposing a move from a three-color grading system to A-B-C cleanliness grades that will be posted on restaurant doors.

Counties in Pennsylvania have always had the ability to inspect and license restaurants, but nothing in state law explains what a restaurant grading plan should look like. County officials say a letter-grade scale was designed to more stringently prevent food-borne illness, but restaurant owners contend the current system—with green indicating a passing grade, yellow meaning under consumer alert and red triggering an order to close—is working well.

Consumer behavior in the restaurant industry is changing so fast that it can be overwhelming to try and keep up. But as daunting as the task may seem, Bonnie Riggs of the NPD Group says it’s more critical now than ever.

“Just as much as many things change, the fundamental business principle of knowing your customer and keeping them happy remains the same,” Riggs says. “Consumer must-haves and wants change steadily and operators and their suppliers must stay in tune with these changes in order to drive their businesses forward.”

NPD says convenience, value, unique menu items and service remain high on the list of foodservice customers’ must-haves and wants and that won’t change in 2015.

As meat-centric restaurants turn to pieces and parts for some creative main dishes, the art of animal butchery is becoming highly regarded as an art form. A Baltimore Sun feature points to Marc Pauvert, master butcher at the Four Seasons Baltimore Hotel, as an example of how the practice of working with large animals is on the increase.

Pauvert tells the Sun that, while he’s proud of his seam-cutting and speed, he’s most boastful about slicing the Four Seasons’ food costs by 3 percent." “If I cannot do that, I am unhappy," he says.